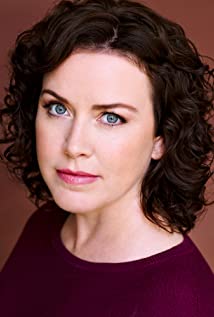 Crista Flanagan was born on February 24, 1976 in the small town of Mount Vernon, Illinois. Flanagan went on to the University of Evansville in Indiana, where she received a Bachelors Degree in Theatre. She proved even greater when she received her Masters Degree from The University of California, Irvine sharpening her skills in many plays such as Oaklahoma, Fool For Love and Cat on a Hot Tin Roof. Crista's fine performance in her theatre work led to her one woman show, But Wait...I Have Impressions. She then went on to star in TV shows such as ER, The Practice and Curb Your Enthusiasum. In 2005, Flanagan became a cast member on FOX's popular late night sketch comedy show, MADtv.Currently a cast member as well as contributing writing for MADtv, Crista can also be seen on the popular pod cast series, Hope Is Emo. She portrays Hope, a 19 year old High School student on the verge of a break down because of her depression, worries and the never ending problems in her life.Crista starred in Epic Movie and Meet The Spartans and has also been featured on MTV's, You've Got A Friend, Who's A Better Castmate? and VH1's Free Radio.