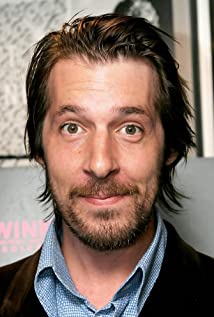 Born March 11 1976 Craig Parkinson was brought up in his native Blackpool and attended Blackpool and Fylde College before, at age 17, moving to London to study at the Mountview Academy of Theatre Arts. After several years in bit parts on TV, he came to notice as impresario Tony Wilson in the 2007 film 'Control' about the Joy Division singer Ian Curtis, played by Sam Riley (with whom he would again work in 'Brighton Rock') and made some impact on television in the second series of 'Whitechapel' as twins who were possibly descended from the Kray brothers. Also on television he appeared in the 2013 ghost drama 'The Secret of Crickley Hall' with actress Susan Lynch, his real life spouse by whom he has a son. His theatre work has been varied, ranging from 'Measure For Measure' at the National Theatre to Mike Leigh's revival of 'Ecstasy.'