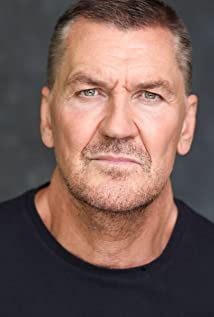 Craig Fairbrass is a British actor born in London who made his feature film debut opposite Denzel Washington as Challoner in Working Title's powerful British thriller For Queen & Country (1988). Craig has since gone onto star in close to fifty feature films, including the lead role in eighteen independent films in the U.K and U.S as well as award-winning British TV along with lead guest star roles in several major U.S. TV series. Craig also became one of the most iconic voices within the most successful video game franchise of all time, Call Of Duty Modern Warfare by lending his voice to Gaz, Ghost, Walcroft and Tee. Two leading roles in the Mo-Cap games Battlefield V and Squadron 42/Star Citizen. In 2018 Craig won best Actor at The National Film Awards. 2019 co-lead in the BIFA nominated Feature Film Muscle and starring in Warheads the 2020 Olivier nominated stage play.Craig's father Jack was one of nine kids and was a stevedore, the best you could be as a London docker, his mother Maureen was a machinist dressmaker in Petticoat Lane, she was one of ten kids. Along with his younger sister Lindsey they lived in Stepney where Craig grew up.It was at Eaglesfield boys secondary comprehensive in Woolwich where Craig became fascinated with films and acting, although struggling from one year to the next and not top of the class academically he found drama an outlet, winning a place with the National Theatre youth company, it was here that he really got the acting bug. After being expelled at 15, he worked as an asphalt roofer's labourer, a job he would return to time and time again in the coming years for support while securing acting roles.Craig soon realised that to survive he needed a second string to his bow if he was to pursue his dream as an actor, so he returned to roofing in the day and working on the doors of some of S.E. London's less desirable nightspots for the next five years until securing enough money to buy his own business, a sandwich bar in Woolwich market.After his breakout role in For Queen And Country, television soon followed, with the BBC drama Big Deal (1984) a regular role in LWT's award winning London's Burning (1988) and the highly acclaimed BAFTA /EMMY award-winning TV series Prime Suspect (1991) and Prime Suspect 2 (1992) in which Craig played hard-bitten detective Frank Burkin opposite Helen Mirren.Craig used this as a calling card in Los Angeles, securing a starring a role in one of the biggest action movies of the 90s, Cliffhanger (1993) with Sylvester Stallone, which opened doors in the U.S independent film arena, starring in the action films, Beyond Bedlam (1994) (aka Nightscare), Galaxis (1995) (aka Terminal Force) and Proteus (1995) before returning to the UK to star in the British thriller Killing Time (1998) and the award-winning horror Darklands (1996), plus a regular role in the ITV comedy series Duck Patrol (1998) opposite Richard Wilson, David Tennant and Jason Watkins.In 1999 Craig joined the cast of the BBC's flagship show EastEnders (1985) where his recurring character of Dan Sullivan over three years won record viewing figures, and a four-hander Sunday evening special directed by Tom Hooper (Les Miserables) won a TV BAFTA for best drama.Other strong roles followed, lead villain Ray Betson in the TV movie The Great Dome Robbery (2002), then to Rome to complete his role on Se sarà luce sarà bellissimo - Moro: Un'altra storia (2004) (aka Moro), for controversial award-winning Italian art-house director Aurellio Grimaldi, and next to Vancouver for the Chris Klein comedy The Long Weekend (2005) and the guest lead in BBC Radio 4's afternoon play Fair Maids Are Shining.Craig's role of the killer Henry Caine opposite Nathan Fillion in White Noise 2: The Light (2007), the sequel to the No. 1 box office hit White Noise reaches no. 5 in the top ten cinema films in London. But it was in 2008 that saw Craig in his most powerful performance to date, that of true life gangster Pat Tate in Rise of the Footsoldier (2007), the gangster epic based on true life events, directed by BAFTA nominee Julian Gilbey, followed by a strong supporting role in The Bank Job (2008), opposite Jason Statham.Craig returned to L.A to guest-star in U.S TV series Terminator: The Sarah Connor Chronicles (2008), opposite Lena Heady. David Mamet's top rated action drama series The Unit (2006), opposite Dennis Haysbert, Stargate SG1 and the action film Far Cry (2008).Craig continues to forge a strong position in the independent film arena with lead roles in Freight, Dead Cert and Devils Playground - comedy cameos in The Shouting Men and Just For The Record. 2011 saw Craig in U.S action thriller House Of The Rising Sun opposite Dave Bautista, co-lead in British thriller St Georges Day, U.S actioner Hijacked and Universal's multi-million dollar Vikingdom 3D. Universal's Get Lucky and Bula Quo the Status Quo action comedy and the male lead in Let Me Survive a drama based on the best selling book.

Rise of the Footsoldier: Marbella

Rise of the Footsoldier 3