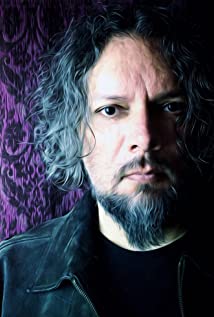 Award winning Filmmaker, Composer, Multi-instrumentalist, Photographer and Designer Craig Anthony Perkins began as a musician at the age of four and became interested in filmmaking at a very early age as well. In the past Craig has worked in both a creative and technical capacity within the entertainment industry for companies such as Philips Media, Universal Interactive Studios and AVID, doing everything from video game design, data wrangling and technical writing, to film post production, location sound recording, sound design and music composing.Under his own company Genshi Media Group, he has released several albums on the iTunes Music Store, has had his photography published in magazines and exhibited in galleries, and has designed indie art toys including the much sought-after Broken Heart Robot which has led to talks with two TV networks for consideration as an animated series based on his toy character.Now, Craig is delving full time into filmmaking as both a Composer and a Director, utilizing his various skills and experience from the past.As a Director in 2011, his first short film "Remembrance (a Ghost Story)", shot entirely on the iPhone 4, won 2nd Place Grand Prize at the first annual iPhone Film Festival. He was then invited to shoot and premier an exclusive film for the 2012 Macworld Expo in San Francisco, California. The resulting film, entitled "Isobel & The Witch Queen", premiered on the main stage of the expo for a crowd of several hundred people as part of the iPhone Filmmakers/Director's talks.In the Spring of 2012 his third short film "The Haunting at Danford Cabin", and first filmed as a stop-motion animation, won Best Animation as well as Grand Prize Best Overall Film at the 2012 iPhone Film Festival and was also featured in several other film festivals world-wide, including The U.K.'s The Smalls, the Canadian Film Centre's Shorts Nonstop Festival, Sitges Film Festival in Spain and the Olleh Film Festival in South Korea.As a Composer, Craig has also scored several short films (besides his own) including "No Way In" Directed by Sam Mussari, "Rat: A Fable" Directed by Michael Stevantoni and "Stairwell" Directed by Joel Brandner. More recently, Craig scored his first feature film for the SyFy Channel entitled "Zombie Tidal Wave" which was shortly followed up by his score for "Arctic Apocalypse" (SyFy U.K.) and "Clown" (Amazon Prime).

The Haunting at Danford Cabin