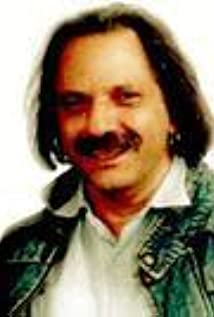 Costas was raised in Egypt, and had a Greek education in Ambeteios School of Cairo. He speaks five languages, Greek, French, English, Italian and Arabic, and writes and creates in three (Greek, English and French). Interested in poetry and literature since a very early age, he was involved in theatre, and appeared and directed Greek amateur troupes in Cairo. He appeared also in Egyptian films as an extra, as well in 5 Greek films that where shot in Cairo, to be acquainted to the cinema as he aspired to become a film director. In 1957, he traveled to Greece, and studied in the High School of Cinema (Ioannides Vamvakas). He became a professional Assistant director in 1958, working for Nkos Koundouros film "The River" (To Potami). Since then, he organized the Group (Omada) for creating the rising "New Greek Cinema, and became one of the intellectual leaders of the Group. In 1961, he directed his first short film, that was censored by the Minister of Presidency as "anti-touristic". One year later, he directed (credited only as "technical advisor for the direction" the film "Enas Delikanis". By this time, he became a friend and collaborator of french director Jean-Daniel Pollet, and this relation followed until the french director's death. In 1965 he directed his first feature film, and in 1967 he flew to Paris, escaping from the Greek Dictatorship. He returned to Greece in 1973, and since he followed his activities in cinema, theatre, writing, music, journalism etc. In 1986 he met the composer Thesia Panayiotou, and up to now, they are companions in life and creation.