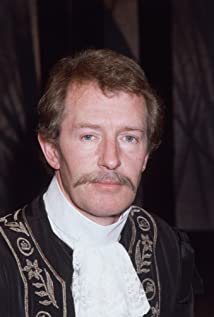 Corin Redgrave, a towering, award-winning force on the British stage but a lesser universally recognized third-generation scion of the acting dynasty, was the reddish-haired middle brother of his more internationally famous sisters, Vanessa Redgrave and Lynn Redgrave who achieved widespread celebrity during their course of work on the American stage, film and TV.Nevertheless Corin was a treasured actor in England and much less inspired to acquire the fame cast upon his sisters. The tall, amiably handsome actor built for an enviable career for himself on the British stage. Like Vanessa he was a fiery and impassioned political radical and embraced a host of liberal causes during his lifetime. Most notably, he was a potent member of the Workers' Revolutionary Party, and supported a motion to impeach Prime Minister Tony Blair following the British participation in the war in Iraq. He also campaigned for the closure of the Guantanamo Bay detention camp. In 2004, he, along with Vanessa, founded the Peace and Progress Party in 2004, which offered several candidates for the 2005 national election. He strongly believed that his early political activism impeded his nascent progress as an actor at the time, explaining the late bloom of his career.The son of renowned actors Sir Michael Redgrave and Rachel Kempson, Corin William was born in London, England on July 16, 1939. The patriarch and matriarch of the acting family was his paternal grandparents Roy Redgrave and Margaret Scudamore. Educated at Westminster public school and at King's College at the University of Cambridge, he inherited his parents' intense passion for acting and was determined to follow in the family's natural acting ways. His career took longer to ignite than older sister Vanessa, who quickly became an international star.Corin's first stage appearance at age 22 occurred auspiciously, however, at London's famed Royal Court Theatre in 1961 portraying Lysander in "A Midsummer Night's Dream" that was produced by Tony Richardson, Vanessa's husband-to-be. Following this he appeared in "Twelfth Night" and then appeared in "Chips with Everything" (also at the Royal) which eventually went to New York. Following theatre roles in "The Right Honourable Gentleman" (1964), "Lady Windemere's Fan" (1966) and "Abelard and Heloise" (1971), Corin joined the Royal Shakespeare Company for the 1972 season at Stratford and at the Aldwych, playing Octavius in both "Julius Caesar" and "Antony and Cleopatra," as well as Ephesus in "The Comedy of Errors". Under the direction of David Thacker, a prominent British director of Arthur Miller works, he appeared in the Miller plays"The Crucible" at the Young Vic.As for his early years on 1960s film, Corin appeared in several of his sisters' films. Making his debut in the unmemorable Crooks in Cloisters (1964), he showed up with Vanessa in the films A Man for All Seasons (1966), The Charge of the Light Brigade (1968), and Oh! What a Lovely War (1969) and in Lynn's The Deadly Affair (1967). He actually fared better at the time in classier TV productions such as David Copperfield (1970); _a production of "Dracula" in 1969 (as Jonathan Harker); and in Antony and Cleopatra (1974) (as Octavius, his stage role). Corin enjoyed a rare lead movie role in the Australian-made Between Wars (1974) and also appeared in the well-received Excalibur (1981) before making a strong impression in the Daniel Day-Lewis starrer In the Name of the Father (1993). Often playing gentlemen of strong authority and nobility, his on-camera career seemed to hit its stride as a character performer in later years.Elsewhere, Corin and sister Vanessa founded the Moving Theatre company in 1993, that proved an exciting and creative outlet for their acting and directing ambitions. He went on to portray a critically acclaimed King Lear and also appeared opposite Vanessa and second wife Kika Markham in a successful revival of Noël Coward's "A Song at Twilight". Even better, he played the brutal prison warden Boss Whalen in the "lost" Tennessee Williams' work "Not About Nightingales" for which he won a 1998 Olivier Award and was nominated for a Tony award a year later. In 2000 he appeared in Trevor Nunn's production of Chekov's "The Cherry Orchard" at the National.An occasional playwright ("Bluntly Speaking"), Corin also authored a very well-received book about his tormented father, "Michael Redgrave: My Father," which was hailed for its candid examination of both his father's bisexuality and BBC "blacklisting" (for his alleged ties with the Communist party).Corin was plagued by illness come the millennium. He was diagnosed with prostate cancer in 2000 and suffered a serious heart attack in 2005. Rebounding however, he appeared in the one-man play "Tynan" in 2007, and made a triumphant return to the London stage in late March of 2009 playing the title role in "Trumbo," which is based on the life of blacklisted Hollywood screenwriter Dalton Trumbo. The actor dedicated his o

The Turn of the Screw

The Relief of Belsen

The Girl in the Café

To Kill a King