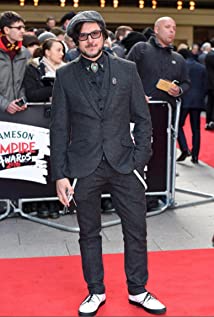 Corin Hardy is an award-winning filmmaker, illustrator, sculptor and writer, whose visual style mixes the macabre, the beautiful and the epic to visually dazzling results.Corin grew up in a world steeped in creatures & creativity, beginning his early career aged 12 as a special FX 'monster-maker' in his parents' bike shed. Inspired by a hungry diet of Ray Harryhausen monster movies and 70's & 80's horror cinema, he made a number of Super-8 films with school-friends who regularly stood in for his cast of zombies, werewolves, and slasher victims and created elaborate sets to make plasticine stop-motion epics in his bedroom. Throughout his teenage years, Corin gained film experience in sculpting, FX, wardrobe & art departments on a variety of film, TV & theatre productions ranging from a Royal National Ballet production of 'Dracula' to Columbia Pictures 'First Knight'.Corin studied theatre design at Wimbledon School of Art before hand-crafting his award-winning stop-motion short film 'Butterfly' (2004) which premiered at the Edinburgh Film Festival and won the Brussels Animation Festival for best long animated short. This led to his signing to Academy Films where he directed a series of short films and narratively driven music videos for a range of mainstream and underground bands including The Prodigy, Keane, Biffy Clyro, Olly Murs, Paolo Nutini and The Horrible Crowes - culminating in a 9 minute crime epic for Devlin and Ed Sheeran's cover of 'Watchtower'. His music videos have accrued over 300 million views and won numerous awards around the world.Corin wrote and directed his debut feature 'The Hallow' in 2015; an intense and accomplished fairy-tale horror movie, which premiered at the Sundance Film Festival and proceeded to win international awards for directing, cinematography and effects including Best Horror Film at the UK's Empire Film Awards 2016 and 5 Awards at the Los Angeles Scream Fest including Best Direction, Cinematography, Score, Visual FX and Practical FX .Hardy has just completed his second feature film The Nun; the next installment of James Wan's blockbusting 'Conjuring Universe' franchise, for New Line/Warner Bros. The film stars Taissa Farmiga and Demian Bichir and will be released in the US on September 7th.