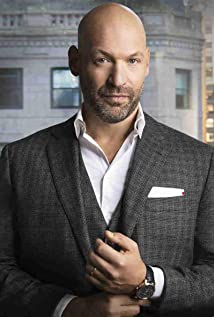 Corey Stoll is well known for his portrayal of 'Congressman Russo' in David Fincher's "House of Cards" (Golden Globe nomination) and for his performance in Woody Allen's "Midnight in Paris", in which he portrayed 'Ernest Hemingway' (Independent Spirit Award nomination.) He has appeared in many other films and series including "Ant-Man", "The Strain," and "Girls."Born and raised in New York, theater is his first love. Highlights have included playing the title role in Macbeth at the Classic Stage Company, 'Iago' in Othello and 'Brutus' in Julius Caesar at the Public Theater, and creating the role of 'Mr. Marks' in Lynn Nottage's breakthrough play Intimate Apparel opposite Viola Davis (Drama Desk Award nomination.)Recently, Stoll joined the cast of Showtime's "Billions" as billionaire Mike Prince. He also recently appeared in the Sopranos prequel film "The Many Saints of Newark", and on television in "Scenes from a Marriage" on HBO, Ryan Murphy's "Ratched" on Netflix, and David Simon's "The Deuce" on HBO. He will next be seen in Steven Spielberg's re-make of "West Side Story".

Scenes from a Marriage