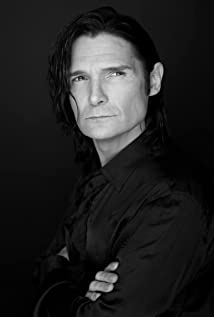 Corey Scott Feldman began his career at the age of three, starring in a Clio Award-winning McDonald's commercial and has sustained a 35-year career as a steadily working actor, with more than 80 films under his belt. Corey began his career in guest-starring roles on television series such as Mork & Mindy (1978), Alice (1976) and Eight Is Enough (1977), before landing a regular part on the sitcom, The Bad News Bears (1979). In the same year, Feldman made his big screen debut in Time After Time (1979). Over the next few years, Feldman continued making guest appearances in many television shows and, in 1981, Feldman supplied the voice of "Young Copper", in Disney's The Fox and the Hound (1981). Friday the 13th: The Final Chapter (1984) launched Feldman's career in the horror genre with the role of the main character, "Tommy Jarvis", as a child. He reprised that role in Friday the 13th: A New Beginning (1985). Feldman then began a series of appearances in blockbuster films such as Gremlins (1984), The Goonies (1985) and Stand by Me (1986). In 1987, Feldman won the Jackie Coogan Award for Stand by Me (1986), and appeared in the legendary cult classic film, The Lost Boys (1987), alongside Jason Patric and Kiefer Sutherland. In 1988, he won the Young Artist Award for Best Young Actor in a Horror Motion Picture for his performance in The Lost Boys (1987).In 1989, Feldman appeared in The 'Burbs (1989), along with Tom Hanks and Carrie Fisher, and also provided the voice of "Donatello" for Teenage Mutant Ninja Turtles (1990), which holds the biggest box office for an independent feature in history and also marked his thirteenth number-one box office hit in a row.Feldman then took time off to focus on his personal life and returned to the film world with appearances is Loaded Weapon 1 (1993), Maverick (1994) and Teenage Mutant Ninja Turtles III (1993). He was a regular on the CBS series, Dweebs (1995), followed by a starring role in the Richard Donner, Robert Zemeckis, Joel Silver-produced Bordello of Blood (1996) for Universal. In 1996, Feldman directed his first film, Busted (1997).In 2002, Feldman appeared in the comedy, Dickie Roberts: Former Child Star (2003), for which he wrote and performed a song for the soundtrack, shortly followed by an opportunity to work with Wes Craven on Cursed (2005).In 2004, Feldman was honored with a Former Child Star Lifetime Achievement Award. 2006 found him receiving the best actor award at the Luxemburg Film Festival for his performance in The Birthday (2004), a film that he feels to be his finest work to date. The Eyegore Awards honored Feldman with an award for Legendary Work in Horror Films in 2007.The hit show, The Two Coreys (2007), not only starred Feldman, but he also executive produced two seasons, as well as Lost Boys: The Tribe (2008). He starred in Terror Inside (2008) in 2008, for which he won the Crystal Reel Best Actor Award, and Feldman is executive producing and starring in Lost Boys: The Thirst (2010), which begins shooting in late 2009. Other current work, releasing in 2009, includes: We Will Rock You (2011) and Lucky Fritz (2009).Now a husband, father and environmentalist, Feldman is focused on his career as an adult. Nurturing a growing music career with four albums and five sound tracks, he has toured North America twice with his band, "The Truth Movement".Off-screen, Feldman is a spokesperson for PETA (People for the Ethical Treatment of Animals), the world's largest animal rights organization, and the Amie Karen Cancer Fund, as well as a supporter of environmental charity, Global Green. In 2009, he was presented with The Paws of Fame Award from Wildlife Waystation for his exemplary work in support of animal rights.

My Truth: The Rape of Two Coreys

A Tale of Two Coreys

I Am Sam Kinison