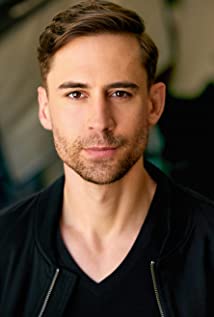 An only child from Lincoln, Nebraska, Corey Martin Craig lived the uneventful early childhood of most Midwest kids. That all changed when, at only six years of age, Corey lost his father in a tragic accident. The next seven years found Corey acting out, and getting into more than his share of trouble... Being kicked out of class became commonplace. Not until the eighth-grade did Corey stumble upon the one place where his rambunctious and outspoken nature were accepted and encouraged: Theater Class. Now unleashed, Corey began developing a real sense of his own artistic voice.Two and a half years later, Corey was accepted into the Los Angeles County High School for the Arts. This led his mother and unwavering supporter, Dessa, and Corey to journey 1,500 miles to California. Corey thrived in his new environment, winning 1st Place, Comedic Scene, at the Role About Festival and winning the Outstanding Student in TV/Film's Gold Medal from the Los Angeles County ROP Program. He was also chosen to represent the Theatre Department as featured speaker at his graduation.After graduation, Corey landed an internship at Warner Bros. Studios where he seized the opportunity to build a vast network of friends and connections. Those relationships resulted in stints with Silver Pictures, Damon Wayans' Amara Films, and led to writing and acting assignments with HDFilms.Corey is an actor, writer, producer, and comic. He has numerous television and film appearances, including Godzilla, Grey's Anatomy, Shameless, and The Guild. He produces Cool Beans Comedy, and founded Troublemaker Foundation, an organization that inspires youth to achieve their potential through goal setting. He spends his free time reading to kids through SAG-AFTRA's BookPAL Foundation, as he believes it important to give back to young people.