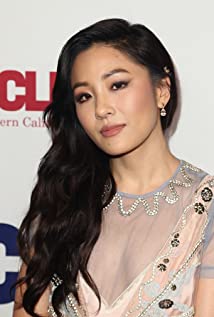 Constance Wu was born and raised in Richmond, Virginia. Her mother is a computer programmer and her father is a college professor. Both are Taiwanese immigrants. Constance grew up in Richmond performing in the local community theatre scene. At sixteen, she moved to New York to study at the famed Lee Strasberg Theatre Institute and she's been busy ever since. While in New York, she worked in classical theatre and quickly transitioned to film work. She soon appeared in several Sundance Feature Films including "Stephanie Daley," and "Year of the Fish." In 2010, she moved to Los Angeles where her theatre and film background helped land her a role in another Sundance Feature, "The Sound of My Voice." In 2014, she was cast as Jessica Huang in the ABC comedy series, "Fresh Off the Boat," scheduled to premiere in early 2015. Based on Eddie Huang's memoir, it is set in the 1990s and revolves around a Taiwanese family that moves to suburban Orlando. She enjoys long-distance running, camping, piano, and reading. She lives in Silverlake, Los Angeles with her pet bunny Lida Rose.In 2018, she starred as Rachel Chu, an American college professor who dates a Singaporean multi-millionaire (Henry Golding), in the smash romantic comedy hit Crazy Rich Asians (2018).

All the Creatures Were Stirring