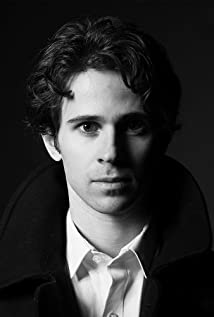 Connor Paolo was born July 11, 1990 in New York City, New York, to Julia Mendelsohn, a vocal coach and classical pianist, and Colin Paolo, a writer. In 2006, he attended the professional performing arts school featured in the movie Fame. Then he began taking acting classes at the Lee Strasberg Theater Institute and now studies with Peggy Lewis. For several summers beginning in 2005, he has attended Appel Farm Arts and Music Center Summer Arts Camp located in Elmer, New Jersey.Paolo acting career began at the age of nine, with his first TV appearance on the soap opera All My Children (1970). In 2002, he played Zachary Connor, a preteen murderer-rapist in an episode of Law & Order: Special Victims Unit (1999). His motion picture debut was in 2003 Clint Eastwood's Oscar-nominated Mystic River (2003), playing Young Sean.In 2004, Paolo got a recurring role in the daytime soap opera One Life to Live (1968) as Travis O'Connell. He also appear in the motion picture Alexander (2004) as Young Alexander. Paolo in 2006, made a second appearance on Law & Order: Special Victims Unit (1999), as Teddy Winnock, a disturbed teenager (based on the real case of Justin Berry). His latest motion picture role was Steven McLoughlin in World Trade Center (2006) for Oliver Stone in 2006. He has also starred in two other films that are soon to be released in 2007: Warren Hardesty in Snow Angels (2007), directed by David Gordon Green, and Ross Embry in Favorite Son (2008), his first leading role in a movie.Paolo has a background in theatre, and commercials. He appeared on the Broadway stage in the hit musical The Full Monty and off-Broadway in the New York public theater production of Shakespeare's, Richard III. Paolo also played Bottom in an abridged production of Shakespeare's Midsummer Night's Dream.