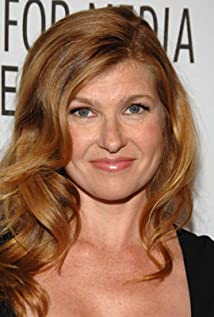 Connie Britton began playing country music fading sensation Rayna Jaymes in Nashville (2012) after having wrapped production for the five season long Friday Night Lights (2006) alongside Kyle Chandler. She previously appeared in Universal's Friday Night Lights (2004) -the movie- directed by Peter Berg and also starring Billy Bob Thornton; and Edward Burns' independent feature Looking for Kitty (2004).Britton was born Constance Elaine Womack in Boston, Massachusetts, to Linda Jane (Cochran) and Edgar Allen Womack, Jr., a physicist and energy company executive. She is of Irish, German, and English descent.Britton received accolades for her starring roles in Edward Burns' acclaimed independent films The Brothers McMullen (1995) and No Looking Back (1998). In the former, she captivated moviegoers with her portrayal of "Molly", the luminous wife of a cheating husband. This popular low-budget film went on to win the Grand Jury Prize at the Sundance Film Festival. After nearly canceling her audition with director Edward Burns, this last meeting of the day turned into the role that would launch her career. Born in Boston, Massachusetts, Britton moved to Lynchburg, Virginia, at the age of seven with her family, including her fraternal twin sister. She went on to attend Dartmouth College, where she majored in Asian studies and spent a term in Beijing, China. Upon graduation, she moved to New York, where she spent two years at the Neighborhood Playhouse studying with Sanford Meisner, and an additional two years performing in regional theater and off-Broadway productions. She moved to Los Angeles after the success of The Brothers McMullen (1995).She starred in ABC's Lost at Home (2003) opposite Mitch Rouse and Gregory Hines. Her other television credits include The Fighting Fitzgeralds (2001) opposite Brian Dennehy, a recurring role in the highly-acclaimed drama The West Wing (1999) and a starring role in the award-winning comedy Spin City (1996) opposite Michael J. Fox. Additionally, Britton starred in the recent feature films The Next Big Thing (2001) and One Eyed King (2001).In her free time, Britton, who resides in both New York and Los Angeles, enjoys hiking, yoga, and doing volunteer work.