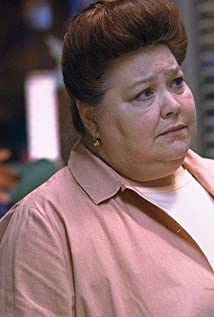 It took 30 years since it was first predicted, but Conchata Ferrell finally achieved television stardom, albeit of the supporting variety, as the housekeeper "Berta" in the situation-comedy Two and a Half Men (2003). Ferrell originally had been tipped for stardom with her turn as the prostitute "April" in the Norman Lear-produced series Hot l Baltimore (1975), in which she recreated her role in Lanford Wilson's off-Broadway hit. However, what was a hit play in New York turned out to be a flop on national TV and, though she worked steadily ever since, it took her role in support of stars Charlie Sheen and Jon Cryer in "Men" to get her the attention her talent richly deserved. For her role as "Berta", Conchata was nominated for an Emmy Award as Best Supporting Actress in a Comedy Series in both 2005 and 2007. She has three Emmy nominations in total, having previously gotten a nod in 1992 for Best Supporting Actress in a Drama Series for L.A. Law (1986).Conchata Galen Ferrell was born on March 28, 1943 in Charleston, West Virginia, to Mescal Loraine (George) and Luther Martin Ferrell. She attended West Virginia University and Marshall University. Conchata graduated from Marshall with a degree in social studies in education. Eventually, she sought a life in the theater, and achieved success off-Broadway as a member of the Circle in the Square theatrical company in Wilson's "Hot L Baltimore". For her next off-Broadway appearance, as "Gertrude Blum" in Edward J. Moore's "The Sea Horse", Ferrell won Drama Desk, Theatre World and Obie Awards as best actress in 1974. She has worked steadily in television and films ever since.Ferrell is married to Arnie Anderson, and has one daughter.

The Axe Murders of Villisca