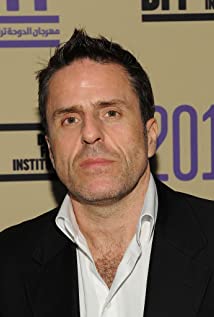 Con O'Neill is an English actor, primarily known for theatrical roles in musicals. In 1966, he was born in the seaside town of Weston-super-Mare, Somerset. Weston-super-mare is located at the coast of the Bristol Channel, an inlet which separates South Wales from the English counties of Devon and Somerset. The town has been a popular holiday destination since the 19th century, though its tourism industry has experienced a decline since the 1970s.O'Neill started his acting career at the Everyman Theatre of Liverpool. The theatre opened in 1964, using the Victorian-era main building of the former church of Saint John the Evangelist. O'Neill appeared regularly in theatrical productions during the 1980s, while also cast in small roles in various television series.In 1988, O'Neill won the "Laurence Olivier Award for Best Actor in a Musical", for his role as Michael "Mickey" Johnstone in the musical "Blood Brothers" by Willy Russell (1947-). The play concerns two fraternal twins (Mickey Johnstone and Edward 'Eddie' Lyons) who were separated at birth, were raised by different families, and belonged to different social classes. Their chance encounters in life start in attempts at friendship and eventually result in the deaths of both brothers. O'Neil later played the same role in Broadway productions of the musical, and was nominated for the "Tony Award for Best Actor in a Musical" in 1993. The award for that year was instead won by Canadian actor Brent Carver (1951-).In 1990, O'Neill had his first film role, playing the role of Peter McGeghan in "Dancin' Thru the Dark". The film was an adaptation of another play by Willy Russell, "Stags and Hens". The play was set in a 1970s nightclub, where a working-class woman is depicted celebrating her hen night (bachelorette party). She is presented with an unexpected choice between marrying her betrothed (known by the nickname "Dickhead") or resuming her romantic relationship with Peter, her ex-boyfriend who is a professional musician.In the 1990s, O'Neill had his first recurring role in a television series, playing the character Nick in the comedy-drama series "Moving Story" (1994-1995). The series concerned a group of workers hired to transfer furniture from one house to another, and their work-related problems.In 1998, O'Neill had the role of Terry in the comedy-drama film "Bedrooms and Hallways". In the film Terry is a young man who feels envious of the same-sex relationship between his friends, Brendan (a bisexual Irishman) and Leo (an "openly gay" Englishman, who actually still feels attracted to his former girlfriend). While Terry eventually has a fistfight with Brendan over an argument at a birthday party, he starts dating Brendan shortly after their fight.In 1999, O' Neill played the role of Troy Fenton in the neo-noir film "The Last Seduction II". In the film, Troy secretly runs a phone sex line in Barcelona, Spain and recruits recent acquaintance Bridget Gregory (played by Joan Severance) to help him. He is unaware that Bridget is a professional con-woman and suspected murderer, who starts forming plans to steal Troy's profits.O'Neill had the recurring role of Kenny Fletcher in the first season of the medical drama series "Always and Everyone" (1999-2002). The series was set at Accident and Emergency department of Saint Victor's city hospital in Manchester. Kenny was depicted as the husband of the protagonist, Dr. Christine Fletcher (played by Niamh Cusack). During the first episode, Christine learns that her husband was involved in serious road traffic accident, and starts suspecting that he has been lying to her about his activities while she works. By the end of the season, Christine asks for a divorce.O'Neill also had the recurring role of Jo in the second season of the drama series "Real Women" (1998-1999) and its sequel, "Real Women II". The premise of the series was that five female friends gather for a reunion, and open up about the problems of their personal and professional lives.In the early 2000s, O'Neill mostly appeared in guest-star roles in television. In 2005, he appeared in the leading role of Sam Clark in the black-and-white drama film "What's Your Name 41?". In the film, Sam is a professional artist who moves to Venice, Italy in hope of finding inspiration for a commissioned work.In 2008, O'Neill played the role of solicitor (lawyer) Ralph Stone in the first season of the thriller-series "Criminal Justice" (2008-2009). In the first season, Ralph is hired to represent Ben Coulter (played by Ben Whishaw) in court. Ben is a young man accused of murdering his latest lover Melanie Lloyd (played by Ruth Negga) within her own house, though he has only partial memories of his activities during the night of the murder. The season deals with the question of whether Ben is guilty or whether he was framed by someone else. The second season of the series featured a new storyline, with another set of characters.Also in 2008, O'Neill played the leading role o