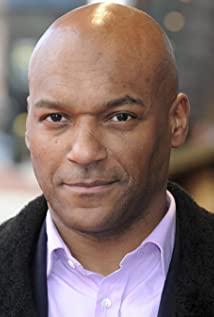 Colin Salmon is one of Britain's most renowned actors. With a bold voice and posture, Colin makes his characters a favorite among audiences for every role he plays. He made his feature debut as Sgt. Robert Oswald in the British mega-hit mini-series Prime Suspect 2 (1992), which gave him much acclaim among British audiences. He has a recurring role in the James Bond films as Charles Robinson, M's Chief of Staff. He has also appeared as the Commander James "One" Shade in the video game-to-movie Resident Evil (2002) and played Oonu, squad leader of the Skybax in the mini-series Dinotopia (2002) . His other film credits include Captives (1994), Immortality (1998), Fanny and Elvis (1999), Mind Games (2001), and My Kingdom (2001). His theater credits include Ariadne at London's Queen Elizabeth Hall.