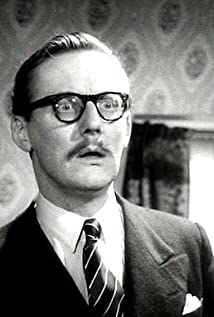 Ceylon-born Colin Gordon began acting on the West End stage as the hind legs of a horse in 'Toad of Toad Hall' in 1934. After wartime service, he returned to the stage, appearing in such plays as 'The White Carnation' and 'The Little Hut' (both 1953), 'Misery Me!' (1955) and 'The Touch of Fear' (1956). His award-winning stage role of teacher Rupert Billings in 'The Happiest Days of Your Life' was recreated for the film version by another bespectacled actor, Richard Wattis. From 1957, Colin worked as actor-director with the Guildford Repertory Theatre. Though he is usually described as a 'light comedy actor', Colin made his mark in the acting profession as much by playing countless supercilious or sneering bureaucrats, lawyers or haughty military types. His stock-in-trade became his ever-present horn-rimmed glasses, combined with a cynical or asinine manner and a precisely modulated voice. His best performances might include pompous BBC announcer Reginald Willoughby-Cruft in The Green Man (1956) and his bank manager, locked up in the Strongroom (1962) of his own bank during a robbery. He is likely best remembered for being a particularly sinister Number 2 to Patrick McGoohan in TV's The Prisoner (1967) - twice.

Doctor Who: The Faceless Ones

The World of Wooster