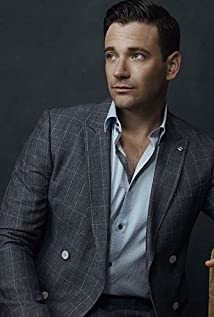 Born in St. Louis, Missouri and now a resident of New York City, Colin Donnell is an American actor first known for his work on stage before making his television debut on ABC's 'Pan Am' and subsequently as Tommy Merlyn in The CW's hit show 'Arrow'. In New York his stage work includes 'Anything Goes' opposite Sutton Foster and Joel Grey for which he received nominations for Drama Desk, The Outer Critics Circle and Astaire Awards. He can also be heard on the Grammy nominated cast recording. His other notable stage appearances include originating the role of otto in the World Premier of Edward Albee's 'Me, Myself and I', as Franklin Sheperd in Stephen Sondheim's 'Merrily We Roll Along' (where he can also be heard on the new cast recording) and most recently as Berowne in The Public Theatre's Shakespeare in the Park production of 'Love's Labours Lost' directed by Alex Timbers. His feature film debut, set to be released in 2014, is 'Every Secret Thing' directed by Amy Berg.

To Catch a Spy