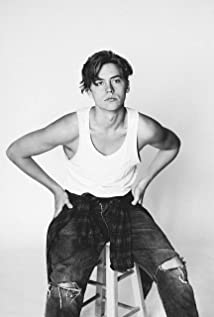 Cole Mitchell Sprouse was born in Arezzo, Tuscany, Italy to American parents, Melanie (Wright) and Matthew Sprouse, and was raised in Long Beach, in their native California. Cole began his acting career alongside his identical twin brother at the tender age of six months. From 1993 to 1998 the twins shared the role of Patrick Kelly on ABC's hit series Grace Under Fire (1993), soon booking Julian in Adam Sandler's box office hit, Big Daddy (2000). That same month, their second feature film, The Astronaut's Wife (1999), starring Johnny Depp and Charlize Theron, was also released. Cole appeared without his brother on the NBC series Friends (1994), portraying Ross's son Ben Gellar; in the fall of 2003, the brothers again shared a lead role: Jeremiah in The Heart Is Deceitful Above All Things (2004). After that, Cole began starring alongside his twin in their own half-hour sitcom on the Disney Channel, The Suite Life of Zack & Cody (2005). After wrapping his sixth year of this program, Cole chose to attend NYU and remain absent from entertainment until he finished his college education in 2015, graduating with honors. The graduate soon booked the role of Jughead on Riverdale (2017), becoming a fan favorite, and then starred as Will Newman in the box office hit Five Feet Apart (2019), which was one of the highest-grossing non-genre teen movies of the 2010s.

Wizards on Deck with Hannah Montana