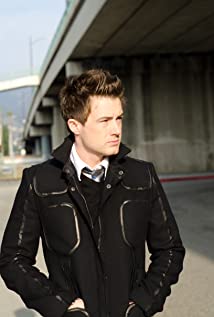 Cole Carson was born and raised in the small town of Bend, Oregon with both parents and an older sister. After graduating high school in Bend he moved to Eugene, Oregon to attend the University of Oregon. While in college he decided to follow his love of movies and theater and pursue acting. Shortly after graduating college he began his acting career landing the lead role in the World War II drama feature film Everyman's War (2009) The film was awarded best narrative feature at the 2009 GI Film Festival in Washington D.C. He was then cast as a supporting-lead in the feature film The Fat Boy Chronicles (2010) After appearing briefly in the hit comedy Hot Tub Time Machine (2010) , the short film Two Friendly Ghosts (2011) was released. The film won several awards at festivals worldwide and gained attention for Carson's portrayal of iconic actor James Dean.

I Didn't Know I Was Pregnant