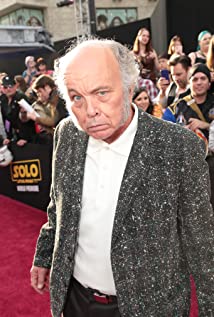 From his acting debut at age two on the Andy Griffith show, to his first leading role in the TV series Gentle Ben, including roles throughout so many blockbuster films, arthouse films, ever popular cult horror films, valued comedies, with a rare voice adding life to multiple characters of Disney, Clint Howard is an iconic Hollywood Legend, who is ever solid, energetic, and always readily prepared to contribute his talents.He is one of very few if any who has had a unique four generation Star Trek run, including episodes in Star Trek: Discovery, Star Trek: Deep Space Nine, Star Trek: Enterprise, all the way to Star Trek: The Original Series.Clint has played a variety of characters over the years in several classic films including FrostNixon, Apollo 13, the Austin Powers trilogy, The Waterboy, The Rocketeer, Tango and Cash, and Disney's The Jungle Book, along with hundreds of other titles through his 60 years of acting.Clint Howard has played such a variety of roles ready to take on any acting challenge. He is the ultimate chameleon of television and film. He has consistently worked well alongside Hollywood's fellow top actors throughout the decades, and has fully committed himself to every character in parts large and small. He has carried unique roles echoing through the generations in some of Hollywood's most memorable roles, still driving forth, full steam ahead ready to take on his next acting persona.