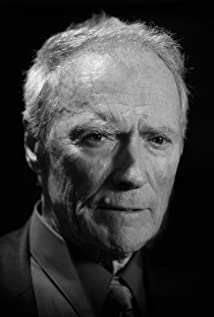 Clint Eastwood was born May 31, 1930 in San Francisco, the son of Clinton Eastwood Sr., a manufacturing executive for Georgia-Pacific Corporation, and Ruth Wood, a housewife turned IBM operator. He had a comfortable, middle-class upbringing in nearby Piedmont. At school Clint took interest in music and mechanics, but was an otherwise bored student; this resulted in being held back a grade. Eastwood's parents relocated to Washington state in 1949, and Clint worked menial jobs in the Pacific Northwest until returning to California for a stint at Fort Ord Military Reservation. He enrolled at Los Angeles City College, but dropped out after two semesters to pursue acting. During the mid-'50s he found uncredited bit parts in such B-films as Revenge of the Creature (1955) and Tarantula (1955) while simultaneously digging swimming pools to supplement his income. In 1958, he landed his first consequential acting role in the long-running TV show Rawhide (1959) with Eric Fleming. Though only a secondary player for the first seven seasons, Clint was promoted to series star when Fleming departed in its final year, along the way becoming a recognizable face to television viewers around the country.Eastwood's big-screen breakthrough came as The Man with No Name in Sergio Leone's trilogy of excellent spaghetti westerns: A Fistful of Dollars (1964), For a Few Dollars More (1965), and The Good, the Bad and the Ugly (1966). The movies were shown exclusively in Italy during their respective copyright years with Enrico Maria Salerno providing the voice for Clint's character, finally getting American distribution in 1967. As the last film racked up phenomenal grosses, Eastwood, 37, rose from undistinguished TV actor to sought-after box office attraction in just a matter of months. Yet again a success was the late-blooming star's first U.S.-made western, Hang 'Em High (1968). He followed that up with the lead role in Coogan's Bluff (1968) (the loose inspiration for the TV series McCloud (1970)), before playing second fiddle to Richard Burton in the World War II epic Where Eagles Dare (1968) and Lee Marvin in the bizarre musical Paint Your Wagon (1969). In Two Mules for Sister Sara (1970) and Kelly's Heroes (1970), Eastwood leaned in an experimental direction by combining tough-guy action with offbeat humor.1971 proved to be his busiest year in film. He starred as a predatory Union soldier in The Beguiled (1971) to critical acclaim, and made his directorial debut with the classic erotic thriller Play Misty for Me (1971). His role as the hard edge police inspector in Dirty Harry (1971), meanwhile, boosted him to cultural icon status and helped popularize the loose-cannon cop genre. Thereafter, Eastwood put out a steady stream of entertaining movies: the westerns Joe Kidd (1972), High Plains Drifter (1973) and The Outlaw Josey Wales (1976) (his first of six onscreen collaborations with then live-in love Sondra Locke), the Dirty Harry sequels Magnum Force (1973) and The Enforcer (1976), the road adventures Thunderbolt and Lightfoot (1974) and The Gauntlet (1977), and the fact-based prison film Escape from Alcatraz (1979). He branched out into the comedy genre in 1978 with Every Which Way but Loose (1978), which became the biggest hit of his career up to that time; taking inflation into account, it still is. In short, The Eiger Sanction (1975) notwithstanding, the '70s were an uninterrupted success for Clint.Eastwood kicked off the '80s with Any Which Way You Can (1980), the blockbuster sequel to Every Which Way But Loose. The fourth Dirty Harry film, Sudden Impact (1983), was the highest-grossing film of the franchise and spawned his trademark catchphrase, "Make my day." Clint also starred in Bronco Billy (1980), Firefox (1982), Tightrope (1984), City Heat (1984), Pale Rider (1985) and Heartbreak Ridge (1986), all of which were solid hits, with Honkytonk Man (1982) being his only commercial failure of the period. In 1988 he did his fifth and final Dirty Harry movie, The Dead Pool (1988). Although it was a success overall, it did not have the box office punch the previous films had. About this time, with outright bombs Pink Cadillac (1989) and The Rookie (1990), it seemed Eastwood's star was declining as it never had before. He started taking on low-key projects, directing Bird (1988), a biopic of Charlie Parker that earned him a Golden Globe, and starring in and directing White Hunter Black Heart (1990), an uneven, loose biopic of John Huston. (Both films had a limited release.)Eastwood bounced back with his dark western Unforgiven (1992), which garnered the then 62-year-old his first ever Academy Award nomination (Best Actor), and an Oscar win for Best Director. Churning out a quick follow-up hit, he took on the secret service in In the Line of Fire (1993), then accepted second billing for the first time since 1970 in the interesting but poorly received A Perfect World (1993) with Kevin Costner. Next up was a love story, The Bridges

One Soldier's Story: The Journey of American Sniper