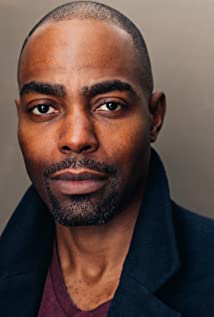 Born in Heidelberg, Germany, Duncan showed signs of creative aptitude from an early age, dabbling in music, poetry, and even fiction, but preferred illustration and cartooning above all.As the son of a mother who was in the US Armed Forces, Duncan split his formative years between Hampton Roads, Virginia and Europe, spending his prepubescence in Belgium.In his senior year of high school, the hitherto-introverted Duncan enrolled in a drama class, and later made his first stage appearance as Hugo in "Bye Bye, Birdie!".Despite being accepted into the Savannah College of Art and Design, Duncan instead decided to study acting at Virginia Commonwealth University in Richmond, where he eventually earned the faculty's Theatrical Promise Award, as well as the Bobby Chandler Award for Excellence in Theatre.After limited success working as a non-union actor in Washington, D.C., Duncan decided to further his training and got accepted into New York University's prestigious Graduate Acting Program at the Tisch School of the Arts, an elite conservatory program whose alumni include Sterling K. Brown, Andre Holland, Danai Gurira, Michael C. Hall, and Mahershala Ali. Among his classmates were Nina Arianda (two-time Tony Award winner) and Taylor Schilling ("Orange is the New Black").After completing his training at NYU, Duncan spent a decade building an extraordinarily diverse body of theatrical work Off-Broadway and at many of the top theaters in the United States, until making his Broadway debut as Robert Grove in the replacement cast of the beloved British farce "The Play that Goes Wrong".During the run of that show, Duncan appeared in City Center Encores' revue "Hey, Look Me Over!", where his rendition of the Frank Loesser ballad "Never Will I Marry" (first made famous by Anthony Perkins) firmly established him among the first rank of New York City's singing actors.