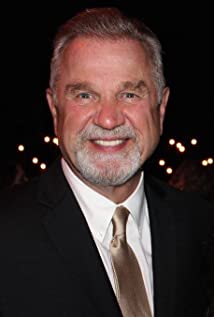 Grew up on a dairy farm outside of Cleveland, in rural Elyria, OH.Cliff was a 1966 graduate of Clearview High School in Lorain, OH, and has been inducted into the CHS Distinguished Alumni Hall of Fame.He has established the Cliff Bemis Music Theatre Scholarship at Baldwin-Wallace College in Berea, OH, from which he graduated in 1970. He is also the recipient of the 1998 Alumni Merit Award.While in college, he was an active member in Alpha Tau Omega fraternity, and was inducted into the Omicron Delta Kappa Honorary Fraternity.He built an extensive and varied career in Cleveland, OH, performing musical theatre, opera, with the Cleveland Opera Co., as well as the related fields of commercial acting which included jingle singing, voice-overs, on-camera and industrial films.He also narrated with the Cleveland Orchestra for their Young People's Concerts.Cliff was one of the original cast members of the musical "Jacques Brel Is Alive And Well And Living in Paris," which played for over two years on Playhouse Square in Cleveland. That show is widely recognized as the show which helped save this historic theatre district.For seven seasons, he was a regular guest artist at The Cleveland Play House. He was also a regular singer of the National Anthem for the Cleveland Indians, Browns, and Cavaliers, as well as the Cleveland National Air Show.In 1987, while performing on stage together at Kenley Players, Cliff met and became friends with actor Robby Benson (star of "One on One," and the voice of the Beast in "Beauty and the Beast,") and his wife actress/singer Karla DeVito. They encouraged Cliff to move to LA, which he did, where he continued to build upon his career.Cliff has appeared in over 70 different TV shows including "Law and Order, SVU," "White Collar," "Arliss," "Married With Children," "Dallas," "Newhart," "Beverly Hills 90210," "Cheers," "Coach," and "Murder She Wrote" to name a few, and was featured in the films "Pink Cadillac" with Clint Eastwood, "Distinguished Gentlemen" with Eddie Murphy, and "Naked Gun 2 1/2."He co-starred in "Reunited," starring Julie Hagerty of "Airplane" fame, starred opposite Lucie Arnaz in "Wonderful Town," and co-starred opposite Gregory Harrison (Trapper John, MD.) and June Lockhart of "Lassie" fame in the TV movie, "Au Pair II," shot on location in Prague in the Czech Republic.Cliff made his Hollywood Bowl debut, performing in the concert version of the musical "Mame," starring Michelle Lee, John Schneider, Christine Ebersole, Fred Willard, and Alan Thicke.He originated the role of Ezekiel Foster/Mr. Snoring Man in Irving Berlin's "White Christmas," in San Francisco, Los Angeles, Detroit, two years on Broadway and in 2011 at the Paper Mill Playhouse in Millburn, NJ.In the early 1990's, Cliff began his reign as the TV spokesperson for the IHOP restaurant chain. For ten years "Cliff from IHOP" was recognized all over the country, appearing in all of the TV ads, as well as making personal appearances for IHOP all over the USA and Canada, where he autographed over 75,000 "Cliff at IHOP" pictures.A long time supporter of law enforcement, in particular the California Highway Patrol, he is a Lifetime Member in the CHP 11-99 Foundation, and an Honorary Member of the California Association of Highway Patrolmen.Also served on the Board of Directors for the Firefighters Quest for Burn Survivors, and is an Honorary Deputy Sheriff in the Ventura County Sheriff's Department.For ten years, Cliff was also a volunteer during the Christmas holidays at The White House, serving on a team which prepares this historic home for the holidays, and met both Presidents and First Ladies Bush and Clinton on several different occasions.Cliff's musical interests have resulted in three recordings, including a Christmas CD titled "Christmas Eve," featuring his vocal talents on the traditional music of the season. He has also released three instrumental CDs of favorite hymns titled "Hear My Prayer, Vol. I, II and III."He resides in NYC, where he continues his acting and singing career.To find out more about Cliff and his family, adventures, and to purchase his CDs, visit his Website at www.cliffbemis.com.

Beyond Belief: Fact or Fiction