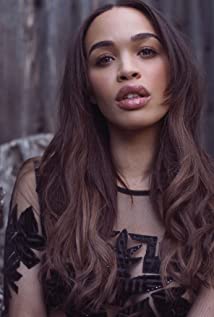 Cleopatra Coleman comes from a family of creatives. Born to a costume designer, entrepreneur and belly dance teaching mother from Jamaica, and a musician, writer and director father of Scottish descent, Cleo got the performing bug at the age of four when she demanded her parents take her to ballet classes. Growing up in a small but popular surfing town on the east coast of Australia, life was good, and Cleo was competing in dance competitions across the east coast of Australia, making it as a finalist in the National Dance championships and training 6 days a week in all forms of dance. But it wasn't long before Cleo's ambitions outgrew her surroundings. At 14 she convinced her parents to move to Melbourne, where she signed with a modeling agent and booked a national commercial within a few months of arriving. That same year, she was cast in Silversun, an ensemble teen drama set in the year 2050 for the ABC. It was there that Cleo fell in love with being on set.That same year, she traveled to France with two other girls her age (now 15), where she solidified her financial and spiritual independence. Soon after returning she booked guest appearances on award winning Australian shows such as the long running crime drama Blue Heelers, teen fantasy/drama Wicked Science, and basketball themed drama, Holly's Heroes. Cleo then traveled to Fiji where she would play her first American role at 17, in the Sci Fi channel movie Attack of the Sabretooth, after which she took some time out to concentrate on high school. It wasn't long though, before another job came knocking, this time with a recurring role on Australia's longest running soap opera, Neighbours where she played a teenager dealing with adult issues. She juggled part of her filming with her final exams for year 12 at a performing arts high school, Sandringham College, in Melbourne. As part of her year 12 theatre play, Cleo wrote and directed a short film using the play's themes of mental illness as the inspiration for imagery: using footage from a cold war atom bomb instructional video for kids inter cut with creepy visuals of some of the play's stars. After graduating, she worked again, with a recurring role on another teenage fantasy/drama, The Elephant Princess.Eager to infiltrate the Melbourne theater scene for some time, Cleo was lucky enough, at 18 to be invited to perform with the esteemed Red Stitch Theatre Company in their Australian premier of a controversial British play, Simon Stephen's Motortown, which saw her receive very positive reviews. For this play, Cleo's character was kidnapped, tortured and killed on stage; marking the most dramatic role of her career at the time. As the youngest member of the cast, Cleo was called upon to muster the discipline needed to perform night after night, as well as learn from experienced theater actors, who placed 'the craft' above all else.With a new view on acting, and a taste for darker roles, Cleo then went on to guest star in the popular Australian police drama of the time, "Rush", where she played a young drug mule, suffering from extreme post traumatic stress after being badly beaten. Soon after, she appeared as a sassy British waitress making trouble once again on another popular crime drama, City Homicide.Next, Cleo returned to her passion for creating her own projects, collaborating with her father on a quirky dark comedy short film, entitled Trains. Cleo and Mick Coleman co-wrote and co- directed, with Cleo co-starring and producing. The film was accepted into festivals such as the LA Short Film Festival and Philadelphia Independent Film Festival.It was literally a day after completing this shoot that Cleo traveled to Los Angeles where she signed with a manager and agent and started auditioning for American TV shows and films. For Cleo, LA was an environment she finally felt able to achieve everything she had dreamed of since she was a little girl, and also served as an opportunity to get to know her Los Angeles based family.Cleo's first big budget feature experience soon followed her big move, when she booked a supporting role in the wildly popular film franchise, Step Up: Revolution. This role put Cleo on the international map and allowed her fan base to grow. She then completed a short film, and two music videos, for Australian duo Nervo, and Far East Movement, playing the title role in the video for I Can Change Your Life which got over 1.5 million views. Early 2014 saw Cleo collaborate with noted music video director Dano Cerny once again for an extremely unique, one of a kind music video for Galantis' uplifting song 'You' where she played the lead.Still residing happily in Los Angeles, Cleo just wrapped her first horror film role, as one of the leads in Robert Hall's Fear Clinic, starring Robert Englund, which is slated for a Halloween 2014 release. Cleo continues to write her own projects, with a series of short films set to shoot later in the year.

In the Shadow of the Moon

James vs. His Future Self

Attack of the Sabretooth