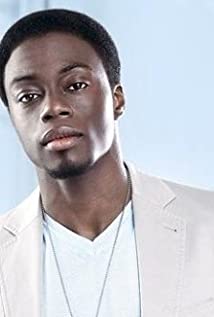 Prior to suiting up as the newest addition to the cast of ABC's hit drama, Rookie Blue, Clé played Gemini Award-winning roles in the CBC mini-series Guns, and in the HBO series The Line. The versatile performer's credits range from internationally lauded features such as Barney's Version; television hits Arrow, Cracked, The Listener, Murdoch Mysteries, Shattered, Republic of Doyle and Lost Girl; and animated programs, including Mother Up!, the Total Drama Island franchise, and various other voice over work.Clé received a 2012 ACTRA Award nomination for Outstanding Male Performance for his role as Rafik Rousseau in season 4 of Flashpoint. Clé was also the recipient of a 2011 ReelWorld Film Festival Trailblazer Award.In 2012, Clé made his professional theatre debut on the Soulpepper stage, with his critically acclaimed portrayal of four characters in Kim's Convenience -- winner of the Toronto Critics Award for best Canadian play and Dora nominee for Best New Play.In 2014 Clé returns to Rookie Blue, and also stars in the HBO series Sensitive Skin.