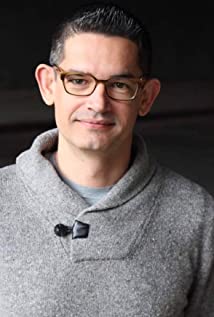 Clay Kaytis made his film directing debut for Rovio Animation and Sony Pictures with The Angry Birds Movie (2016). Based on the number-one app of all time, the film grossed $352M worldwide and was Sony's #1 film of 2016. He followed this with The Christmas Chronicles (2018), which was Kaytis' first live-action film. In its first week of release on Netflix, the Kurt Russell starring film was viewed over 20,000,000 times.Kaytis developed his talent as a film maker at Walt Disney Animation Studios, starting as an intern in the Talent Development Program in 1994. Kaytis animated on hand-drawn films including Pocahontas, The Hunchback of Notre Dame, Hercules, Mulan, Tarzan, Fantasia 2000, The Emperor's New Groove and Treasure Planet. In 2004, Kaytis transitioned to CG animation to animate on Chicken Little and Meet the Robinsons. He was quickly promoted to Supervising Animator on Rhino, the hamster, in Bolt. For his work developing Rhino for the screen, Kaytis was awarded a U.S. Patent and Disney Inventor Award for his invention of a "distance based mesh deformer." Kaytis strongly influenced the culture and artistic standards at Disney as Head of Animation on Tangled, a film that set a new standard for CG animation. Next Kaytis designed and directed the end credit titles for Wreck-it Ralph. He also worked on the academy award wining and record-breaking feature, Frozen and was Head of Animation on the short, Tangled Ever After. During his career at Disney, Kaytis was fortunate to work with legendary animators and film makers including John Lasseter, Glen Keane, Eric Goldberg and Ken Duncan. In 2011 Kaytis directed two live-action/animation hybrid commercials and promotional materials for Illumination Entertainment's feature film, Hop. Kaytis is also the creator of The Animation Podcast, a series of interviews with animation legends that is enjoyed by students, professionals and fans of animation. Kaytis has been nominated for an Annie Award, and two Visual Effects Society Awards. Together with his wife Monica Lago-Kaytis, they operate their production company Frogbot Films, developing and producing both live-action and animated films.