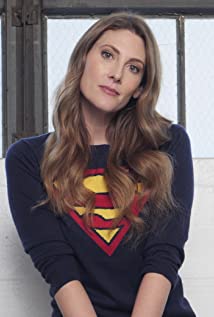 Clarke Wolfe is an actress, an entertainment host, and a producer originally from Atlanta, Georgia. She was last seen in the horror comedy "Satanic Panic" with Rebecca Romijn and Jerry O'Connell. This Christmas, Clarke stars opposite genre icon Barbara Crampton in the segment "A Christmas Miracle" featured in the holiday horror anthology "Deathcember."Clarke began her theatre career as a small child and hasn't stopped since, having appeared on stages in New York, Los Angeles, and Atlanta. She most recently produced and co-starred in SLASHED! The Musical, an original horror-comedy musical, that had its world premiere at the Hollywood Fringe Festival. After quickly selling out its initial run, SLASHED! was nominated for Best Musical and the Encore! Producer's Award.In addition to stage credits that include leading roles in classics like "Barefoot In The Park", "Oleanna," and "Macbeth," Clarke has been seen on screens big and small, leading short films "Where Are You?," "The Drawing," and the upcoming satirical comedy "Poltergays!". She is currently a student at Lesly Kahn and Company.A popular correspondent for DC Comics, IMDb, Nerdist, Syfy, and many more, Clarke Wolfe has become one of the most prominent female voices within the geek culture space. Most recently for over 400 episodes, Clarke was a regular cast member on the DC Universe chat show "DC Daily."A well-known figure in the horror community, Clarke was the creator, showrunner, and host of "Collider Nightmares," a video discussion show for Complex Media that welcomed guests including Academy Award winners Guillermo del Toro, Geena Davis, and Gore Verbinski. Her thoughts and analysis on the controversial genre have been read by millions online and she has brought her love of horror, sci-fi, and fantasy to events around the world including San Diego Comic Con, SXSW, Paley Fest, New York Comic Con, and LA Comic Con.Clarke Wolfe's pop culture knowledge has been lauded throughout the digital space. A fan of entertainment across the board, Clarke has interviewed and shared the stage with many world-renowned cultural icons and in 2015, she was named Editor-In-Chief of the beloved brand Amy Poehler's Smart Girls for the Legendary Digital Network.She has also made a name for herself in the online trivia world. In 2016 Clarke was voted "Rookie of the Year" of Skybound Entertainment's eSports trivia league the Movie Trivia Schmoedown. Just a short time later, she and Rachel Cushing would team up and become two-time champions known to fans around the world as "The Shirewolves."Clarke currently splits her time between Atlanta, GA and Los Angeles, CA. Her hobbies include golf, karaoke, and wine tasting. She also enjoys reading and is a member of two book clubs - one focusing on horror literature and one focusing on comics.

Memory: The Origins of Alien