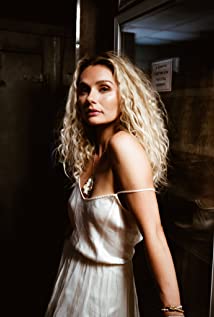 Clare Bowen has enjoyed a flourishing career in film, theatre and television. A native Australian, she has appeared in several of her home country's iconic television dramas, including Home and Away (1988), the medical drama All Saints (1998), The Cut (2009) and the critically- acclaimed comedy, Chandon Pictures (2007).After graduating from the University of Wollongong in 2008, she was offered a lead role in the highly controversial 2009 feature film, The Combination (2009), directed by David Field. This was followed by a major role in the thriller, The Clinic (2010), which screened at several international film festivals, and the independent film, Not Suitable for Children (2012), alongside Ryan Kwanten.In her U.S. film debut, Bowen stars as the female lead in the western, Dead Man's Burden (2012), which premiered at the Los Angeles Film Festival in June 2012 and will be released in limited theaters on May 3, 2013.In 2012, Bowen was cast as a series regular, alongside Connie Britton and Hayden Panettiere, in the ABC musical drama television series, Nashville (2012). Written by Academy Award-winner Callie Khouri, Bowen plays the sweet and talented singer "Scarlett O'Connor".A gifted singer, Bowen has performed in several theatre productions. In her most recent production, she starred as the lead role of "Wendla Bergman" in the Geordie Brookman-directed rock musical, "Spring Awakening", under the co-artistic direction of Cate Blanchett and Andrew Upton, at the Sydney Theatre Company.Bowen was born and raised in the South Coast of Australia.

Not Suitable for Children