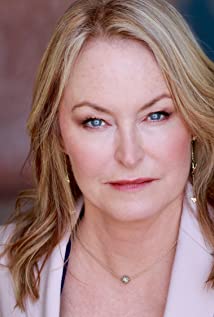 Clara York moves with ease between comedic and dramatic roles. Recent films this year - In Our Time, which shot at the Getty, and was directed by David Lamelas, acclaimed Conceptual Art pioneer and produced by the Warhol Foundation and Pacific Standard Time; HEED THE CALL, a 1940's period piece directed by Laura G. Chirinos; and Questions directed by Dustin Felder. Clara Guest Stars opposite Eric Wareheim as his tightly wound wife in Tim and Eric's Bedtime Stories on Comedy Central/Adult Swim. Other recent television appearances include playing a wealthy opera patron on The Young and The Restless, and the alcoholic mother to the title lead character in Chloe's Song directed by Amy Lyndon. She is a sympathetic court-appointed therapist to a troubled teen portrayed by Brittany Hoza, and plays a hilarious helicopter mother in the series Homestruck; as well as a strict teacher in the sci-fi thriller Sibilance directed by Melina Curi, which was nominated by the 48 Film Festival for Best Narrative.Clara is a skilled and experienced improvisational actor and storyteller. As an original member of Write Club LA, she has written and performed over 30 original dark-comedic pieces at IO West, The Bootleg Theater, Comedy Central, Bang, Fanatic Salon and The Celebration Theater. Clara received critical acclaimed for her one-woman show Apocalypse Not Now, a comedic satire centered around a down-and-out sign twirler, which played at the Hollywood Fringe Festival, the Fanatic Salon, and the legendary Ice House Comedy Club.Clara's original performance piece is a comedic rock 'n roll review of her life, weaving a tapestry with stories and song, called Between A Hard Place and The Rock, and features a live band with a shredder guitarist.