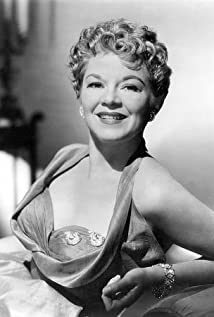 Claire Trevor was born Claire Wemlinger in the Bensonhurst section of Brooklyn, New York, the only child of Fifth Avenue merchant-tailor Noel Wemlinger, an immigrant Frenchman from Paris who lost his business during the Depression, and his Belfast-born wife, Benjamina, known as "Betty". Young Claire's interest in acting began when she was 11 years old. She attended high school in Mamaroneck, Westchester County, New York. After starting classes at Columbia University, she spent six months at the American Academy of Dramatic Arts, also in New York. Her adult acting experience began in the late 1920s in several stock productions. Her professional stage debut came with Robert Henderson's Repertory Players in Ann Arbor, Michigan in 1930. That same year, aged 20, she signed with Warner Bros. Not too far from her home haunts was Vitagraph Studios in Brooklyn, the last and best of the early sound process studios, which had been acquired by Warner Bros. in 1925 to become Vitaphone. Trevor appeared in several of the nearly 2000 shorts cranked out by the studio between 1926 and 1930. Then she was sent west to do ten weeks of stock productions with other contract players in St. Louis. In 1931 she did summer stock with the Hampton Players in Southampton, Long Island. Finally, she debuted on Broadway in 1932 in "Whistling in the Dark".Trevor moved to the silver screen, debuting in the western Life in the Raw (1933). There would be three more films (one more western) that year and six or more through the 1930s. Although she had been typed playing gun molls and hard-case women of the world, she displayed her already considerable versatility in these early films, often playing competent, take-charge professional women as well as "shady" ladies. There was a disappointed-pout-vulnerability in her face and that famous slightly New York-burred voice that cracked with a little cry when heightened by emotion that quickly revealed an unusual and sensitive performer. Many of her early films were "B" potboilers, but she worked with Spencer Tracy on several occasions, notably Dante's Inferno (1935).Hollywood finally took notice of her talents by nominating her for a Best Supporting Actress Oscar for her standout performance as a slum girl forced by poverty into prostitution in Dead End (1937), opposite Humphrey Bogart. That same year she did the radio drama "Big Town" with Edward G. Robinson, then teamed with he and Bogart again for the slightly hokey but entertaining The Amazing Dr. Clitterhouse (1938). Director John Ford tapped her for his first big sound Western film, Stagecoach (1939), the film that made a star of John Wayne. All her abilities to bring complexity to a character showed in her kicked-around dance hall girl "Dallas", one of the great early female roles. She and Wayne were electric, and they were paired in three more films during their careers.In the 1940s, Trevor began appearing in the genre that brought her to true stardom: "film noir". She started in a big way as killer Ruth Dillon in Street of Chance (1942) with Burgess Meredith. She was equally convincing as the more complex but nonetheless two-faced Mrs. Grayle in the Philip Marlowe vehicle Murder, My Sweet (1944). However, she was something very different and quite extraordinary as washed-up, hopelessly alcoholic former nightclub singer and moll Gaye Dawn in Key Largo (1948), for which she won an Academy Award as Best Supporting Actress, again working with Bogart and Robinson. Her pitiful rendition of the torch song "Moanin' Low", which her character was forced to sing, humiliatingly, for the sadistic crime boss played by Robinson (to whom she is, figuratively speaking, permanently tethered) in exchange for a desperately needed drink. There were more quality movies and an additional Academy nomination (The High and the Mighty (1954)) into the 1950s,, but she also was doing work on stage and in television.She was enthusiastic about live TV and appeared on several famous shows by the mid-1950s. She won an Emmy for Best Live Television Performance by an Actress as the flighty wife of Fredric March in NBC's Producers' Showcase: Dodsworth (1956). She alternated her career among film, stage and TV roles. As she aged she easily transitioned into "distinguished matron" and mother roles, one of her most unusual ones being the murderous Ma Barker in The Untouchables: Ma Barker and Her Boys (1959). Her final film role was as Sally Field's mother in Kiss Me Goodbye (1982).Trevor and her third husband, producer Milton H. Bren, had long been residents of tony Newport Beach, California, to which they returned when she finally retired from screen work. However, she did maintain an active interest in stage work, and became associated with the University of California-Irvine's School of Arts. She and her husband contributed some $10 million to further its development for the visual and performing arts (that included three endowed professorships). After her passing in April 2000

How to Murder Your Wife

Two Weeks in Another Town

Man Without a Star

The High and the Mighty