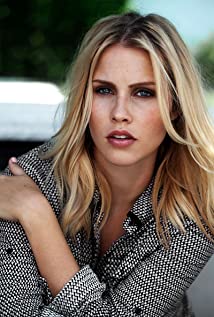 Claire Rhiannon Holt (born June 11, 1988) portrays the role of "Rebekah Mikaelson" in The Vampire Diaries (2009) and The Originals (2013). Her most notable roles are "Samara Cook" in Pretty Little Liars (2010), "Chastity Meyer" in Mean Girls 2 (2011) and "Emma Gilbert" in H2O: Just Add Water (2006).Claire was born in Brisbane, Australia. She graduated from Stuartholme School in Toowong at the end of 2005. She is involved in several sports: swimming, volleyball, water polo, and Tae-Kwon-Do, in which she has a black belt. When she was younger, she was in her school's choir.In 2006, she won the role of "Emma Gilbert" in the Network Ten children's television series, H2O: Just Add Water (2006). The show has earned a Logie Award and Nickelodeon Australia Kids' Choice Award. While the series was renewed for a third series, she left the show after series two, after signing on for the sequel to the 2007 film, The Messengers (2007), titled Messengers 2: The Scarecrow (2009). Filming took place in Sofia, Bulgaria throughout 2008. Starring alongside Norman Reedus and Heather Stephens, the film was released 21 July 2009 straight-to-DVD. In August 2011, she was confirmed to be in the TV series, The Vampire Diaries (2009) as "Rebekah Mikaelson". In addition to television and film roles, she has appeared in advertisements for Dreamworld theme park, Sizzler Restaurant, and Queensland Surf Lifesaving. BuddyTV ranked her #55 on its TV's 100 Sexiest Women of 2011 list.