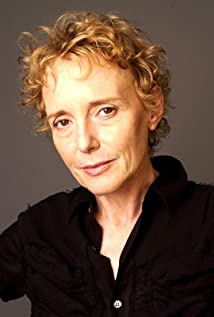 The films of Claire Denis frequently explore the fragile connections between people and the ways in which the most seemingly inconsequential relationship can have life-changing effects. At the heart of Denis' cinema is a fascination with the delights and difficulties of belonging and otherness, the gravity and gift of foreignness. Often revolving around reactions to the intrusion of the other, be it a stranger or foreigner, Denis' films insist on the vital necessity of the unusual to coexist within the "normal" world. In films such as J'ai pas sommeil (1994) and Nenette et Boni (1996), Denis captures the mercurial and instant shifts in tone, from the pleasurably sensual to the menacing or the simply unaccountable, caused by the intrusion of the strange into the fabric of the everyday. In Denis' films one often feels that all is well even as worlds collide and collapse or, conversely, that a grave challenge underlies the seemingly calm moments. While Denis' childhood in French colonial Africa is reflected most directly in the African setting shared by her debut feature Chocolat (1988) and best-known film, Beau Travail (2000), this encounter with the intimacies and injustices of colonialism resounds throughout much of her work. Also shaping Denis' unique vision are the apprenticeships she served, just out of film school, under a variety of renowned directors, including Jacques Rivette, Wim Wenders, Dusan Makavejev and Jim Jarmusch - an eclectic company that is itself suggestive of the unique juxtaposition of careful craft and seeming casualness within Denis' work. Denis has often spoken of her shock as a young woman at discovering the novels of Faulkner that have exerted such a major influence over postwar French cinema. For Denis, Faulkner "was a plunge into the senses, into terror and the pain of his characters." These words describe Denis' films as well. But whatever terror and pain her characters may sometimes experience is outmeasured by the depths of Denis' deep affection for them and by her curiosity in their experiences of pleasure as well as fear. Even in the unsettling Trouble Every Day (2001), the not-infrequent catastrophes in Denis' films provoke a sense of wonder at, and even delight in, the sheer weight of existence.

Let the Sunshine In