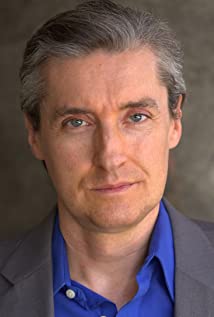 John Lennon, Pontius Pilate, Harry S. Truman, Tennessee Williams, and many other iconic figures have been resurrected on stage, film, TV by the chameleon Circus-Szalewski.Circus-Szalewski arrived in Chicago shortly before the fall of the Berlin Wall to perform and/or understudy with many of the city's edgier companies (including TrapDoor, lookingglass, Chicago Dramatists, Torso, the Next, Bailiwick) in addition to a season internship with Indiana Repertory Theater and a 2007 tour of Romania in a production of Old Clown Wanted by Matei Visniec.The C-S penchant for character work has resulted in feature film performances as diverse as aging punk cave-diver, militant computer-hacker, foppish jeweler, disgraced police officer, FBI director, corporate villains, oddball janitors, backwoods good ol' boys, surfer turned inventor, small town sheriff or deputies, and assorted thugs and slimeballs.TV credits include more than two dozen sketch performances on CONAN or JIMMY KIMMEL LIVE!, several on SIX DEGREES OF EVERYTHING, (too many on TIM AND ERIC AWESOME SHOW, GREAT JOB!), and voicing a couple characters in the Hallmark animated special HOOPS AND YOYO RUIN CHRISTMAS.Circus has been based in Los Angeles since 2008 and can be visited online www.Circus.actor .

The Sacrifice Zone (The Activist)

The Star of Eros

Antrum: The Deadliest Film Ever Made