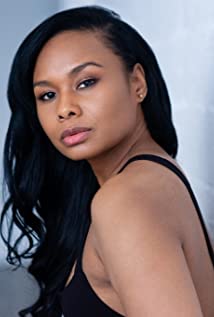 Raised in Jamaica, Queens and East New York, Brooklyn the rising star is commonly referred to as a young Diahann Carroll. Born to a Jamaican father and Filipina mother, this JamaicanAsian sensation breaks all of the rules and pursues acting strictly for the love and art.A professional actor since adolescence, Chyna Layne has done over 30 independent films, two national commercials and makes her HBO debut in the made-for-television movie, Life Support, directed by George Nelson and executive produced by Jamie Foxx and Queen Latifah.As a child, it was through her late Uncle Neville that she was first introduced to her true love: acting. Whether it was a story from back home in Jamaica or an impersonation of Clark Gable in Gone with the Wind, his skill of storytelling, was a gift that, out of all his nieces and nephews, he would only pass on to Chyna. Indeed, it was love at first sight.The starlet first began her professional training with the CityKids Repertory Company where she has performed with and for the biggest names in Hollywood including Robin Williams, Jasmine Guy, Salt n Pepa and Demi Moore - to name a few. She then went on to receive a full scholarship at the Black Spectrum Theatre where she led the company in an Audelco Award win for Best Ensemble in the musical, A Trip to Nowhere. Chyna further honed her craft with the African American Theater of Harlem, Negro Ensemble Company under the late O.L. Duke and the Atlantic Acting School.Known for her fearlessness and raw, uninhibited style, each character she embodies is different, unique and unforgettable. Well respected and extremely professional on set, her work ethic is intense. Whether the camera is on her or not, this actress is available, prepared and works hard for her scene partners. She is, in fact and inarguably, an actor's actor.Two of her most familiar works are the hilarious national commercials for Dr. Miracle hair relaxer. She gained nationwide recognition when she competed in TNT's Dramatic Auditions Competition. Thousands of actors from across the US competed.Skilled in martial arts, the Asian temptation studies a form of her native land's martial arts, eskrima, also known as Filipino stick fighting. She also studies the Chinese martial arts form, wushu. Solidifying her status as an action star, she has flexed her muscles and performed her own stunts in four action features: Shaolyn Jones, The Black Pearl, Brooklyn Knights and The Chyna Layne Chronicles. With her acting partner, Rayan Lawrence, Chyna recently formed Lawrence Layne Productions. The romantic feature, A Deeper Love, directed and executive produced by Darrell Smith will be the first film released in association. Lawrence Layne Productions' first sole project to be released is the thriller short, Blue Mountain Lake, in which she will make her screenwriting debut and Rayan Lawrence will make his directorial debut.A leader, Chyna takes the obstacles facing our youth very seriously. She has volunteered in her community and comes from a family that is very devoted to empowering the community to get involved by voting, volunteering, educating and taking action. In addition to being a role model to the kids in her East New York neighborhood, she organized and operated a dance team at the Brownsville Recreation Center called NSC (No Self Control) for the young girls in the community. Not only was this group a competitive dance troupe but also a sisterhood. With this extremely talented and beautiful group of precocious girls, the teacher often became the student. It was one of the most rewarding experiences of her life. Her ultimate dream is to build a full, high-tech community center in East New York that would be free to the community and provide jobs, childcare, education and a safe place for kids to hang.

Barbershop: The Next Cut