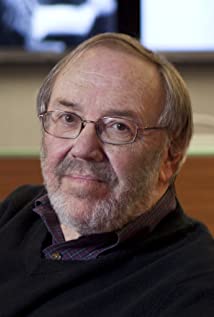 Chuck Workman's theatrical short, "Precious Images," made for the Directors Guild of America, won an Academy Award for Best Live Action Short and has become the most widely shown short in film history. It was recently selected as a landmark film for preservation by the Library of Congress National Film Registry. Workman wrote, directed and produced several documentaries, including "Superstar," a theatrical documentary on artist Andy Warhol which appeared at the Berlin Festival, London Film Festival, and several other festivals. Workman's history of the motion picture, "The First 100 Years," appeared on HBO, and received a Cable ACE Award. He produced and directed "The Source," a documentary film on the Beat Generation, with performance sequences starring John Turturro, Dennis Hopper, and Johnny Depp. This film premiered at the Sundance Film Festival. His documentary "Visionaries," on experimental film, was at the Tribeca Festival in 2010. He has just completed a feature length film essay "What is Cinema?," which premiered at the 2013 Toronto Film Festival, and is currently directing a documentary on Orson Welles, called "The Magician." Workman is the writer and director of an independent dramatic film, "A House on a Hill," starring Phillip Baker Hall, Laura San Giacomo, and Henry Rollins. "The Money," his first dramatic feature, was at the Deauville Festival, and several other festivals. Workman created short films and openings for twenty Academy Awards presentations and two Emmy Award shows, was nominated for an Emmy for Directorial Achievement for his work on the Oscar show, and has been nominated nine times for editing on the Oscar show. He also created short films for the Motion Picture and Television Fund, UCLA, the Reagan Library, the Motion Picture Association of America, Disneyworld, Eastman Kodak, Turner, and many other organizations and companies. Workman's short film, "Words," was produced for the Writers Guild and was at several festivals, including New York and Denver, where it was awarded Best Short. His short, "A Tribute to Charlie Chaplin," appeared at the Cannes Festival in 2002 and several festivals in 2003. His video work has been featured in London's Museum of the Moving Image, New York's American Museum of the Moving Image, and the Oakland Museum of Art. Workman was also a leading maker of film trailers and promos. He created trailers for "Star Wars," "Close Encounters of the Third Kind," "American Graffiti," "Paris, Texas" and other major films, He also created main titles and special sequences for movies and TV series, and directed numerous television commercials, receiving three CLIO awards. Chuck Workman is a former President of the International Documentary Association, was a Commissioner of the Santa Monica Arts Commission, and is a member of the Grants Committee of the Motion Picture Academy. He was recently a visiting artist for the U.S. State Department, showing films and speaking in many countries. He has lectured at 30 universities and media arts centers and is currently a Distinguished Artist and Coordinator of the Film Program at Purchase College in New York.