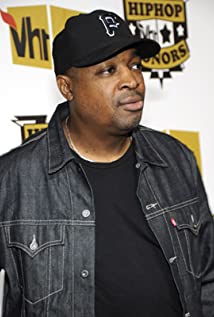 Takma İsimler: The Voice of Power, Public Enemy Number One, The Hard Rhymer

Both as a solo artist and as the leader of the ground-breaking hip-hop group Public Enemy (which was inducted into the Rock & Roll Hall of Fame in 2013), Chuck D helped pave the way for political, social and culturally conscious hip-hop. Public Enemy's albums remain among the most critically acclaimed works in the genre, including 'It Takes A Nation of Millions to Hold Us Back' and 'Fear of a Black Planet'. He is on the road three weeks out of each month touring with Public Enemy and his supergroup Prophets of Rage which includes members of Cypress Hill and Rage Against the Machine. Or you can find him speaking at tech and music conferences around the world. A visionary in digital entertainment, Chuck D helped lead the file-sharing movement, launched one of the first online entertainment websites, Rapstation, and digital-only record labels, the SpitSlam Record Label Group. Public Enemy was the second act to ever release an album in MP3 format. Chuck D splits his days off among Long Island, Atlanta and Southern California.On March 1, 2020 Chuck D had a dispute with Flavor Flav over endorsing Bernie Sanders without his permission and as a result fired Flavor Flav from the Public Enemy Hip Hop group. Later on it turned out to be a hoax.

Kim Dotcom: Caught in the Web

All Things Must Pass: The Rise and Fall of Tower Records