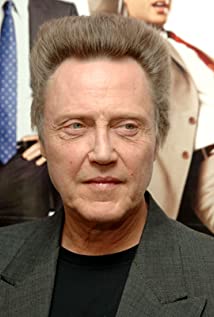 Nervous-looking lead and supporting actor of the American stage and films, with sandy colored hair, pale complexion and a somewhat nervous disposition. He won an Oscar as Best Supporting Actor for his performance in The Deer Hunter (1978), and has been seen in mostly character roles, often portraying psychologically unstable individuals, though that generalization would not do justice to Walken's depth and breadth of performances.Walken was born in Astoria, Queens, New York. His mother, Rosalie (Russell), was a Scottish emigrant, from Glasgow. His father, Paul Wälken, was a German emigrant, from Horst, who ran Walken's bakery. Christopher learned his stage craft, including dancing, at Hofstra University & ANTA, and picked up a Theatre World award for his performance in the revival of the Tennessee Williams play "The Rose Tattoo". Walken then first broke through into cinema in 1969 appearing in Me and My Brother (1969), before appearing alongside Sean Connery in the sleeper heist movie The Anderson Tapes (1971). His eclectic work really came to the attention of critics in 1977 with his intense portrayal of Diane Keaton suicidal younger brother in Annie Hall (1977), and then he scooped the Best Supporting Actor Academy Award in 1977 for his role as Nick in the electrifying The Deer Hunter (1978). Walken was lured back by The Deer Hunter (1978) director Michael Cimino for a role in the financially disastrous western Heaven's Gate (1980), before moving onto surprise audiences with his wonderful dance skills in Pennies from Heaven (1981), taking the lead as a school teacher with telepathic abilities in the Stephen King inspired The Dead Zone (1983) and then as billionaire industrialist Max Zorin trying to blow up Silicon Valley in the 007 adventure A View to a Kill (1985). Looking at many of Walken's other captivating screen roles, it is easy to see the diversity of his range and even his droll comedic talents with humorous appearances in Biloxi Blues (1988), Wayne's World 2 (1993), Joe Dirt (2001), Mousehunt (1997) and America's Sweethearts (2001). Most recently, he continued to surprise audiences again with his work as a heart broken and apologetic father to Leonardo DiCaprio in Catch Me If You Can (2002).