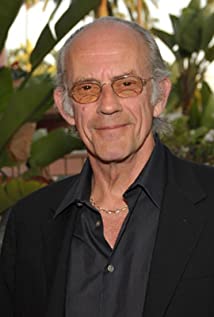 Christopher Lloyd is an American actor with a relatively long career. His better known roles include drug-using taxicab driver Jim Ignatowski in the sitcom "Taxi" (1978-1983), Klingon officer Commander Kruge in the film "Star Trek III: The Search for Spock" (1984), inventor Dr. Emmett "Doc" Brown in the 'Back to the Future" film trilogy (1985-1990), the villainous Judge Doom in the film "Who Framed Roger Rabbit" (1988), and deranged Uncle Fester in the film "The Addams Family "(1991) and its sequel "Addams Family Values" (1993).In 1938, Lloyd was born in Stamford, Connecticut. His parents were lawyer Samuel R. Lloyd and singer Ruth Lapham (1896-1984). His maternal uncle was politician Roger Lapham, mayor of San Francisco (1883-1966, term 1944-1948). His maternal grandfather was businessman Lewis Henry Lapham (1858-1934), co-founder of the oil company Texaco. Lloyd is a distant descendant of indentured servant John Howland (c.1592-1673), one of the passengers of the ship Mayflower and signers of the Mayflower Compact.Lloyd was raised in the town Westport, Connecticut, which changed from a community of farmers to a suburban development during the 20th century. Many artists and writers from New York City settled in the town. Lloyd was educated at Staples High School. He was a co-founder of the Staples Players, the school's theatre company.Lloyd was interested in an acting career, and served as an apprentice at summer theaters in Mount Kisco, New York, and Hyannis, Massachusetts. In 1957, he started pursuing acting classes in New York City. He took lessons at the "Neighborhood Playhouse School of the Theatre", a full-time professional conservatory for actors. His acting teacher was Sanford Meisner (1905-1997), eponymous creator of the Meisner technique.Lloyd made his New York theatrical debut in a 1961 production of play "And They Put Handcuffs on the Flowers" by Fernando Arrabal (1932-). He was reportedly a replacement for another actor. He made his Broadway debut in a 1969 performance of Red, White and Maddox (1969). Until the mid-1970s, Lloyd was primarily a theatrical actor. He performed both on Off-Broadway shows and in Broadway.Lloyd made his film debut in the role of psychiatric patient Max Taber in the drama "One Flew Over the Cuckoo's Nest" (1975). His first major role in television was drug-using taxicab driver Jim Ignatowski in the sitcom "Taxi" (1978-1983). His character was an aging hippie, son of an affluent Boston family , and former student of Harvard University. Ignatowski was one of the sitcom's most colorful characters and Lloyd won two Primetime Emmy Awards for Outstanding Supporting Actor in a Comedy Series.In the 1980s and early 1990s, Lloyd played most of his most notable film roles. Lloyd was first nominated for the Saturn Award for Best Supporting Actor, for his role as Dr. Emmett "Doc" Brown in "Back to the Future" (1985). The award was instead won by rival actor Roddy McDowall (1928-1998). He was nominated for the same award for his role as Judge Doom in "Who Framed Roger Rabbit" (1988). The award was instead won by rival actor Robert Loggia (1930-2015).Lloyd also performed as a voice actor, voicing the evil sorcerer Merlock in "DuckTales the Movie: Treasure of the Lost Lamp" (1990) and historical figure Grigori Rasputin (1869-1916) in "Anastasia" (1997).Lloyd had another notable television role when cast in the role of villain Sebastian Jackal in the science fiction series "Deadly Games" (1995-1997). He also played the character of Dr. Jordan Kenneth Lloyd, the despised father of the show's protagonist Dr. Gus Lloyd (played by James Calvert).Lloyd's last notable film role in the 1990s was playing the Martian Uncle Martin in "My Favorite Martian". The film was an adaptation of the classic sitcom "My Favorite Martian" (1963-1966), and the character was previously played by Ray Walston (1914-2001). The film under-performed at the box office.In the 2000s, Lloyd played the role of recurring character of Cletus Poffenberger in the comic science fiction series "Tremors" (2003), and recurring character Professor Harold March in the sitcom "Stacked" (2005-2006). As March, Lloyd played a retired rocket scientist who was a regular customer of the bookstore which served as the series' setting.In the 2010s, Lloyed returned to the role of Doc Brown in cameo appearances in "A Million Ways to Die in the West" (2014) and "Donald Trump's The Art of the Deal: The Movie" (2016), and as the protagonist of the short film "Doc Brown Saves the World" (2015).By 2020, Lloyd was 82-years-old. He has never retired and continues to appear in various roles.

I Am Not a Serial Killer