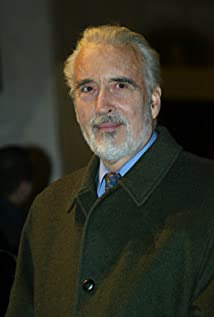 Sir Christopher Frank Carandini Lee was perhaps the only actor of his generation to have starred in so many films and cult saga. Although most notable for personifying bloodsucking vampire, Dracula, on screen, he portrayed other varied characters on screen, most of which were villains, whether it be Francisco Scaramanga in the James Bond film, The Man with the Golden Gun (1974), or Count Dooku in Star Wars: Episode II - Attack of the Clones (2002), or as the title monster in the Hammer Horror film, The Mummy (1959).Lee was born in 1922 in London, England, where he and his older sister Xandra were raised by their parents, Contessa Estelle Marie (Carandini di Sarzano) and Geoffrey Trollope Lee, a professional soldier, until their divorce in 1926. Later, while Lee was still a child, his mother married (and later divorced) Harcourt George St.-Croix (nicknamed Ingle), who was a banker. Lee's maternal great-grandfather was an Italian political refugee, while Lee's great-grandmother was English opera singer Marie (Burgess) Carandini.After attending Wellington College from age 14 to 17, Lee worked as an office clerk in a couple of London shipping companies until 1941 when he enlisted in the Royal Air Force during World War II. Following his release from military service, Lee joined the Rank Organisation in 1947, training as an actor in their "Charm School" and playing a number of bit parts in such films as Corridor of Mirrors (1948). He made a brief appearance in Laurence Olivier's Hamlet (1948), in which his future partner-in-horror Peter Cushing also appeared. Both actors also appeared later in Moulin Rouge (1952) but did not meet until their horror films together.Lee had numerous parts in film and television throughout the 1950s. He struggled initially in his new career because he was discriminated as being taller than the leading male actors of his time and being too foreign-looking. However, playing the monster in the Hammer film The Curse of Frankenstein (1957) proved to be a blessing in disguise, since the was successful, leading to him being signed on for future roles in Hammer Film Productions. Lee's association with Hammer Film Productions brought him into contact with Peter Cushing, and they became good friends. Lee and Cushing often than not played contrasting roles in Hammer films, where Cushing was the protagonist and Lee the villain, whether it be Van Helsing and Dracula respectively in Horror of Dracula (1958), or John Banning and Kharis the Mummy respectively in The Mummy (1959).Lee continued his role as "Dracula" in a number of Hammer sequels throughout the 1960s and into the early 1970s. During this time, he co-starred in The Hound of the Baskervilles (1959), and made numerous appearances as Fu Manchu, most notably in the first of the series The Face of Fu Manchu (1965), and also appeared in a number of films in Europe. With his own production company, Charlemagne Productions, Ltd., Lee made Nothing But the Night (1973) and To the Devil a Daughter (1976). By the mid-1970s, Lee was tiring of his horror image and tried to widen his appeal by participating in several mainstream films, such as The Private Life of Sherlock Holmes (1970), The Three Musketeers (1973), The Four Musketeers: Milady's Revenge (1974), and the James Bond film The Man with the Golden Gun (1974).The success of these films prompted him in the late 1970s to move to Hollywood, where he remained a busy actor but made mostly unremarkable film and television appearances, and eventually moved back to England. The beginning of the new millennium relaunched his career to some degree, during which he has played Count Dooku in Star Wars: Episode II - Attack of the Clones (2002) and as Saruman the White in the Lord of the Rings trilogy. Lee played Count Dooku again in Star Wars: Episode III - Revenge of the Sith (2005), and portrayed the father of Willy Wonka, played by Johnny Depp, in the Tim Burton film, Charlie and the Chocolate Factory (2005).On 16 June 2001, he was created a Commander of the Order of the British Empire in recognition of his services to drama. He was created a Knight Bachelor on 13 June 2009 in the Queen's Birthday Honours List for his services to drama and charity. In addition he was made a Commander of the Order of St John on 16 January 1997.Lee died at the Chelsea and Westminster Hospital on 7 June 2015 at 8:30 am after being admitted for respiratory problems and heart failure, shortly after celebrating his 93rd birthday there. His wife delayed the public announcement until 11 June, in order to break the news to their family

Season of the Witch