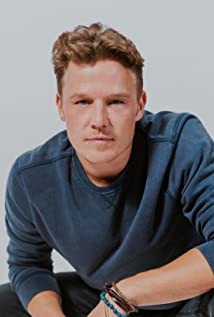 A native of Sydney, Australia, Christopher Egan attended high school at Sydney's McDonald College School of Performing Art and honed his skills at the Sydney Festival Dance School, where he trained in singing, dancing and acting with Kick Performance Group. His performances in "Les Miserables" and "West Side Story" at Sydney's Zenith Theatre displayed his bright future as an actor. In 1999, at the age of 16, his dream came true when he was cast on the successful Australian series "Home and Away". He portrayed popular character "Nick Smith" for over three years. In 2003, Egan moved to Los Angeles to advance his acting career. His U.S. television debut was in the miniseries "Empire", followed by significant roles in the independent film "Alpha Male" and the feature "The Decameron" (aka "Virgin Territory") playing opposite Hayden Christensen and Mischa Barton. He also appeared in "Resident Evil: Extinction" and in 20th Century Fox's "Eragon". In 2006 he was cast in the Fox television series,'Vanished'and followed this with the FX pilot "Pretty Handsome". In 2008 Chris starred in the Australian feature thriller "Crush" and shortly begins production on "Kings" for UMS/NBC. Chris lives in Los Angeles.

Beauty and the Beast: A Dark Tale