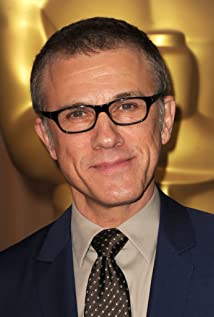 Christoph Waltz is an Austrian-German actor. He is known for his work with American filmmaker Quentin Tarantino, receiving acclaim for portraying SS-Standartenführer Hans Landa in Inglourious Basterds (2009) and bounty hunter Dr. King Schultz in Django Unchained (2012). For each performance, he won an Academy Award, a BAFTA Award, and a Golden Globe Award for Best Supporting Actor. Additionally, he received the Best Actor Award at the Cannes Film Festival and a Screen Actors Guild Award for his portrayal of Landa.Christoph Waltz was born in Vienna, Austria, into a theatrical family, his mother Elisabeth Urbancic, an Austrian-born costume designer, and Johannes Waltz, a German-born stage builder. He has three siblings. His maternal grandmother was Viennese Burgtheater actress Maria Mayen, and his step-grandfather was fellow Burgtheater actor Emmerich Reimers. His maternal grandfather, Rudolf von Urban, was a psychologist and psychiatrist who wrote the 1949 book "Sex Perfection and Marital Happiness".Waltz attended the Theresianium and Billrothstrasse in Vienna. Upon graduation, he attended the Max-Reinhardt-Seminar before going to New York to the Lee Strasberg Institute. While in New York, Christoph met his first wife, and moved back to Vienna, then to London.During the 80s, Christoph worked primarily in theatre, commuting from his home in London to Germany. Slowly Waltz began to work in TV, taking one-off roles in series, and TV movies. Film roles soon followed. Attempts to break into English-speaking film and TV were, however, unsuccessful. Waltz has expressed his gratitude to have been able to make a living and support his family through acting. For thirty years he worked steadily, tirelessly, in this manner.It was not until he met Quentin Tarantino that his career in Hollywood took off. The role of Colonel Hans Landa in Inglourious Basterds (2009) catapulted Waltz from a lifetime working in German TV/film to the new life of an international superstar and Academy Award-winning actor. He won 27 awards for his performance as Hans Landa, including the Cannes prix d'interpretation Masculin for 2009, the Golden Globe for Best Supporting Actor, the BAFTA Best Supporting Actor award, and the Academy Award for Best Supporting Actor (which he won again for 2012's Django Unchained (2012)).He also has portrayed computer genius Qohen Leth in the film The Zero Theorem (2013), American plagiarist Walter Keane in the biographical film _Big Eyes (2014), and 007's nemesis and head of SPECTRE Ernst Stavro Blofeld in _Spectre (2015)_. In Quentin Tarantino's 2009 film Inglourious Basterds, Waltz portrayed SS-Standartenführer Hans Landa, aka "The Jew Hunter". Clever, courteous, and multilingual - but also self-serving, cunning, implacable, and murderous. Waltz played gangster Benjamin Chudnofsky in The Green Hornet (2011). That same year, he starred in Water for Elephants (2011), Roman Polanski's Carnage (2011), and a remake of The Three Musketeers (2011). He played German bounty hunter Dr. King Schultz in Quentin Tarantino's Django Unchained (2012), a role Tarantino wrote specifically for Waltz.Waltz resides in Berlin and Los Angeles. His wife is costume builder Judith Holste.

Dead for A Dollar