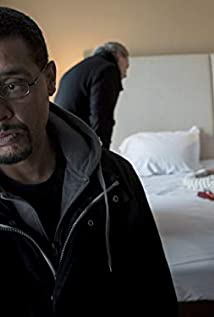 Christofer von Beau, son of an American father and a German mother, was born in Munich, Germany. His love for acting was actually incited by one of his mother's friends who was an actress herself. As a teenager, he moved with his mother to the U.S. where he spent the following 20 years. While in America, he was accepted to the prestigious American Academy of Dramatic Arts in New York City. Upon graduating successfully, he went on to take part in a Shakespeare workshop under the tutelage of Judy Magee and on top of that enjoyed a singing education with William Drake. At the beginning of his career, Christofer von Beau played in numerous musicals like The Little Shop of Horrors and The Rocky Horror Show directed by Anna Vaughn at the Berliner Kammerspiele. To this day he refers to this experience as "the best he had" when it comes to stage work. More work such as the West Side Story, Othello, or Godspell was to follow. His first TV appearances date back to 1995 but his breakthrough role was Franz Ainfachnur on the TV series SOKO 5113. Starting off in 2002 as a supporting series regular in 74 episodes, he now has risen the ranks to become inspector and thereby one of the series leads on that show which was renamed SOKO Muenchen at the beginning of the 2015/2016 season. In 2012 he delivered a strong performance as the leading male, Raymond, opposite Jutta Speidel in the ARD network film 24 Cows But No Man. Whenever on set, Christofer von Beau's upbeat nature and positive attitude lights up everyone around him.