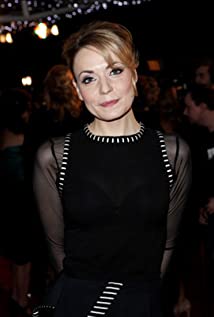 Christine Bottomley was born in Rochdale, Lancashire on April 27th 1979 and grew up in a flat over the family's chemist shop. Here she began people watching and impersonating the regular customers and realised that she wanted a life of 'professional pretending'. She went to several local youth drama groups before embarking on a course at the Royal Scottish Academy of Music and Drama, from where she graduated in 2001. Shortly afterwards she was making her television debut in the soap 'Eastenders' and has subsequently cropped up in several popular television dramas, including 'Heartbeat' and 'The Innocence Project' though she probably gave her best performance as an abused wife, turning the tables on her bullying husband in the BBC mini-series 'The Street'.