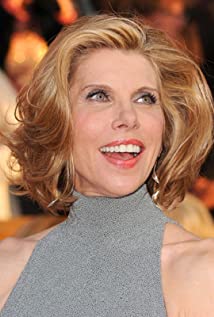 Christine Baranski is an American actress from Buffalo, New York. She has had a relatively lengthy career in both film and television. She has been nominated for 15 Emmy Awards, winning once. One of her most popular roles was that of neuroscientist Dr. Beverly Hofstadter in the sitcom " The Big Bang Theory ". She played this role from 2009 to 2019.Baranski was born to a Polish-American family. Her parents were newspaper editor Lucien Baranski and his wife Virginia Mazurowska. Her grandparents were reportedly Polish theatrical actors. She was raised in the town of Cheektowaga, a suburb of Buffalo. Polish Americans have long been the dominant ethnicity in Cheektowaga.Baranski received her secondary education at the Villa Maria Academy, a Catholic high school operated by the Felician Sisters. In 1970, she enrolled in the Juilliard School, a private performing arts conservatory located in New York City. She studied drama for four years. She graduated in 1974 with a Bachelor of Arts degree.In 1980, Baranski made both her Off-Broadway debut and her Broadway debut. She later received critical acclaim for the leading role of Charlotte in the play "The Real Thing" (1982) by Tom Stoppard. For this role, Baranski won the 1984 "Tony Award Best Featured Actress in a Play".In 1986, Baranski had a supporting role in the BDSM-themed erotic film "9½ Weeks", loosely based on the novel "Nine and a Half Weeks: A Memoir of a Love Affair" (1978) by Ingeborg Day (1940-2011). The film earned 100 million dollars at the worldwide box office, and became a cult favorite. It was the first popular film in Baranski's career.In 1990, Baranski had a role in the courtroom drama "Reversal of Fortune". The film was based on the trial of lawyer Claus von Bülow (1926-2019) for the attempted murder of his wife. The film under-performed at the box office, but was nominated for several awards.In 1993, Baranski played the tyrannical camp counselor Becky Martin-Granger in the black comedy film "Addams Family Values". The film was loosely based on the comic strip "The Addams Family" by Charles Addams (1912-1988). Becky was one of the film's main antagonists, and an opponent for Wednesday Addams (played by Christina Ricci). The film earned about 49 million dollars at the domestic box office, and was well-received critically.In 1995, Baranski gained a major television role in the sitcom "Cybill" (1995-1998). She played Maryann Thorpe, a wealthy and sharp-tonged woman. Maryann suffered from long-term ennui, motivating her to become more involved in the personal life of her best friend Cybill Sheridan (played by Cybill Shepherd). The series lasted for 4 seasons and a total of 87 episodes. Baranski won critical acclaim for this role. She won the 1995"Primetime Emmy Award for Outstanding Supporting Actress in a Comedy Series".In 1996, Baranski played the supporting role of Katharine Archer in the comedy film "The Birdcage". In the film, Katharine is a former lover of the openly gay Armand Goldman (played by Robin Williams) and the mother of his son Val Goldman (played by Dan Futterman). She agrees to pretend to be Armand's wife in a meeting with Val's prospective in-laws. The film earned about 185 million dollars at the worldwide box office, one of the greatest box office hits in Baranski's career.In 2000, Baranski played Martha May Whovier in the Christmas film "How the Grinch Stole Christmas". The film was based on the 1957 children's story of the same name by Dr. Seuss (1904-1991). In this adaptation, the Grinch (played by Jim Carrey) has a life-long romantic interest in Martha May, but has trouble expressing his feelings to her. The film earned about 363 million dollars at the worldwide box office, and became the sixth highest-grossing film of 2000.Also in 2000, Baranki was cast in the major role of producer Marsha Bickner in the short-lived sitcom "Welcome to New York" (2000-2001). The sitcom depicted the inner workings of morning news show. It lasted a single season and a total of 16 episodes. The series was canceled due to low ratings.In 2002, Baranski was cast as the baker Mrs. Lovett in a revival of the musical "Sweeney Todd: The Demon Barber of Fleet Street" (1979) by Stephen Sondheim (1930-) and Hugh Wheeler (1912 - 1987). The play features Lovett as the accomplice of the serial killer Sweeney Todd. It is a loose adaptation of the penny dreadful "The String of Pearls" (1846-1847). For this role, Baranski won the 2003 "Helen Hayes Award for Outstanding Actress in a Musical".Also in 2002, Baranski played sensationalist reporter Mary Sunshine in the black comedy film "Chicago". The film earned about 307 million dollars at the worldwide box office. At the time t held the record as the highest grossing live-action musical in film history.In 2003, Baranski was cast in the main role of Annie Brennan in the sitcom "Happy Family" (2003-2004). The sitcom depicted the problems of aging patents who have to deal with the eccentricities of their grown-up chil