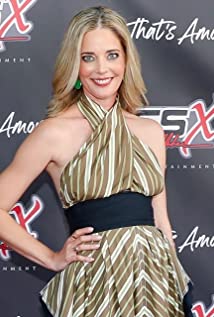 Christina Moore is a multi-hyphenate who has successfully built a career as an actor, producer and writer over the past 20 years. After growing up in Chicago and attending Illinois Wesleyan University, where she earned a BFA in drama performance, she drove off to the West Coast and never looked back. She has acted in more than 70 television shows and films and is best known for her work as a sketch comedian in MadTV (FOX), as Laurie Forman in That 70s Show (FOX), as Tracy Clark in the re-boot 90210 (CW), as Christina Ross in Jessie (DISNEY CHANNEL), and as Mandi Heiser in TNT's current Summer hit show CLAWS. Her most notable film work includes Without A Paddle (Paramount), Delta Farce (Lionsgate) and Born to Race (ACI).Moore began working with ESX Entertainment and Forrest Films when she starred in The Dog Lover as Cassie, the lead's nefarious boss, which filmed in September 2014. From there she and Brian Rudnick wrote Running Wild. She stayed on to produce the film starring Sharon Stone and Jason Lewis. Since then she has produced, co-written and/or acted in the following: Pray for Rain (Jane Seymour), Dirt (Kevin Dillon), American Fighter (Tommy Flanagan), Motocross (Trace Adkins), Roped (Casper Van Dien) and Lady Driver (Sean Patrick Flannery). It has been a very busy four years!Moore has been married to actor/ writer John Ducey for the past ten years. He has penned several of Forrest Films' projects. They reside in Sherman Oaks, CA.