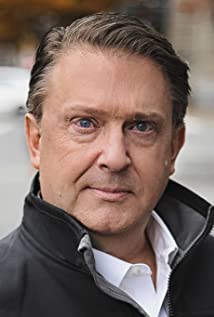 Like many actors, Christian's first exposure to the craft was during a Grade 7 school talent show when he had a leading role in something called, "Mr. Rapsavage's Dating Service," a comedy skit about two old men who visit a dating service to spice up their life. The skit brought down the house with its slapstick comedy and humor and Christian's love of acting was born.Following drama classes throughout high school, Christian put his acting career on hold to complete his education and embark on his professional career. During that time, Christian moved to Victoria, British Columbia where, a few years later, thanks to the involvement of his oldest son, actor Michael David Stewart (Motive, When We Rise, Dark Waters of Crime), he became involved in the booming Victoria film industry and his acting career was reborn.Beginning with a small background appearance on the Brightlight Pictures series "Alienated" in 2003 and then on the CBS series "Stephen King's The Dead Zone" in 2005, Christian has now appeared in well over 50 film and television productions, as well as a number of commercials, and educational and documentary videos. In 2011 Christian played a judge on the Red Letter Films series "Dark Waters of Crime (Eaux troubles du crime)" and has since played a lead role in various episodes of the series in Season 5 (2012), 6 (2013) and 7 (2014). Notable film and television appearances include "In the Name of the King: A Dungeon Siege Tale" (2007), "The Mermaid Chair" (2006), "Impact" (2009), and Kid Cannabis (2014). He worked on the Emmy nominated children's series "Spooksville" (2013) and on the Fox series "Gracepoint" which aired in the fall of 2014.Most recently Christian has appeared frequently in a number of Hallmark Production TV Movies including the very popular Gourmet Detective, Emma Fielding Mysteries and Fixer Upper franchises, as well as in the Chesapeake Shores television series.

A Rose for Christmas