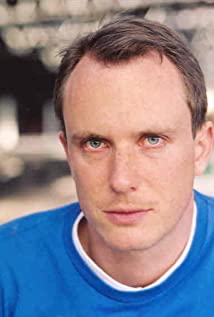 Christian Heiner Wolf spent his childhood and youth in Dresden and Munich and also stayed in Missouri, U.S.A. for a year and a half during his teenage years. It was during his time in the Midwest that he acquired a flawless General American accent which nowadays enables him to act in both German and English language productions. An accidental encounter with a theater director led to an audition for Goethe's play Torquato Tasso. The day after the audition Christian Heiner Wolf was offered to play the leading role -his first role ever, at the renowned Munich off-venue Gasteig Theater. After this experience he knew that he was inescapably going to become a professional actor. Subsequently, while studying Geography and Economics at the Munich Technische Universität, he began taking acting lessons with some of the most distinguished teachers in the profession. With the university diploma under his belt, he started performing in various off-theater stage productions and kept on doing so for over 6 years. In 2003, met several students (Boris Kunz, Oliver Mohr, and Felice Götze among many others) of different well-known film schools in Germany and was cast in numerous short and debut films. Boris Kunz' debut Drei Stunden, in which Christian Heiner Wolf played the role of David opposite Claudia Eisinger and Nicholas Reinke, ran in movie theaters in 2013. In 2005 he was awarded the Golden Mask at the 1st International Film Acting Festival in Cologne for his intense portrayal of a rapist in the short film Lucid Lost. So far his biggest success on the big screen was playing one of the leads in Olaf Saumer's debut Suicide Club which was decorated with several prizes at national and international film festivals, of which the Interfilmpreis at the 31st Filmfestival Max Ophüls Preis should be mentioned above all.