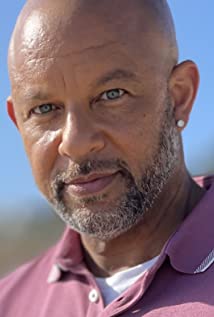 An extremely versatile performer in film, television and on stage, Chris is no stranger to the entertainment arena both on and off camera in both comedy and drama.Film credits include the "The World's Fastest Indian" playing Tina, a transvestite opposite Sir Anthony Hopkins "The Joneses" opposite Demi Moore as well as a lead in the classic comedy "Dodgeball: A True Underdog Story". Other credits include "The Lottery Ticket" "Friday After Next", "Sex Ed", "'TRI" and "Jimmy Vestvood American Hero".As for television, he is in his third season recurring as Hoover on HBO "Silicon Valley" and also on the critically acclaimed FX show "Better Things". Chris was a series regular on CBS "The Great Indoors", NBC "One Big Happy" and on David E. Kelley's series "The Wedding Bells" for FOX and has recurred on the Showtime series "DICE" starring Andrew Dice Clay,"Satisfaction", "Californication", while making his mark as 'Krazee Eyez Killa' on "Curb Your Enthusiasm". He has guest starred on Ugly Betty, CSI: Miami, Hot in Cleveland, Monk, Weeds, and numerous other shows. Chris had also appeared multiple times on Late Night with David Letterman as the angry audience member and has an upcoming self help show "Be a Better Man with Chris Williams" which he created, stars in and produces. Chris has also lent his vocal talents to such animated series as The Boondocks and Word Girl and can be heard on several video games including multiple characters in Crash Bandicoot.Chris is a successful stand-up, he has performed at several top comedy clubs around the world including: Caesar's Palace, The Improv, The Comedy Store and The Venetian. His innovative routines are included in his character-rich one-man show "Old Blue Eyes Is Black" while also having studied with the Groundlings.Chris has been coaching other professional actors the craft of scene work as well as improvisation for over 20 years and speaks to children across the nation about the art of performing.A graduate of Georgetown University, he is a magician's member of the Academy of Magical Arts (The Magic Castle) and when not practicing as a 4ht degree black belt master in Tae Kwon Do or running marathons to raise money for the American Diabetes Association and Eye Bank of New York, he is a board member of the charity Special Kids Network. Chris divides his time between Los Angeles and New York.