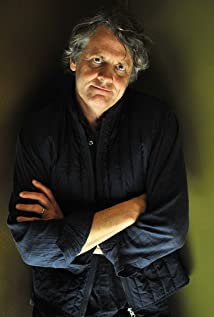 John Christian Wedge was born on March 20, 1957 in Binghamton, New York. After graduating from Fayetteville-Manlius High School, he went to study at the State University of New York at Purchase, where he received a BFA in film, and soon after that he went on to study at Ohio State University, earning him a MA in computer graphics and art education.Wedge began his career as an effects artist for films such as Tron (1982). In February, 1987, he founded Blue Sky Studios, along with Carl Ludwig, Dr. Eugene Troubetzkoy, Alison Brown, David Brown and Michael Ferraro. Throughout the 80s and 90s the studio helped create visual effects for television commercials and films like "Alien Resurrection" (1997), "Star Trek: Insurrection" (1998), "Fight Club" (1999) and "Titan A.E." (2000). Wedge produced the short animated "Bunny", in 1998, which earned him an Academy Award for Best Animated Short Film. After Wedge directed the critically acclaimed feature film "Ice Age" (2002), Blue Sky Studios was finally established in to one of the top animation studios in the United States.

Ice Age: Dawn of the Dinosaurs